This is the first time I deep fried enoki mushroom! Usually I use them for stir frying or in soup :) and usually my boy will discard them if cook in soup! Think he find it too tough? But for this fried version, he can't get it enough!! 'Can I have some more??!' :)
Crispy Enoki Mushroom 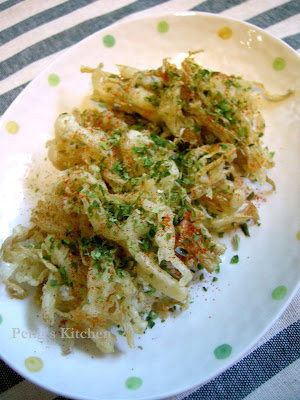 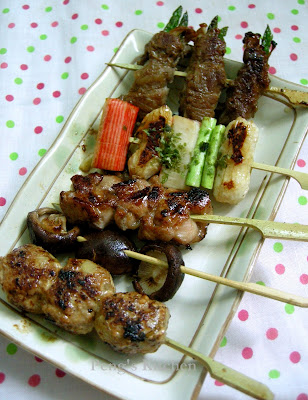 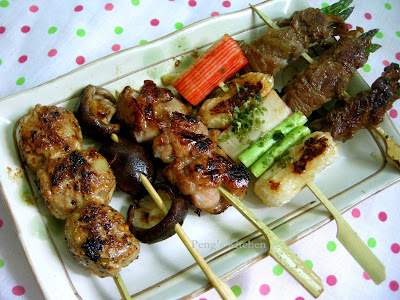 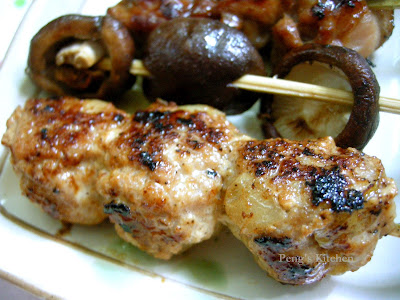 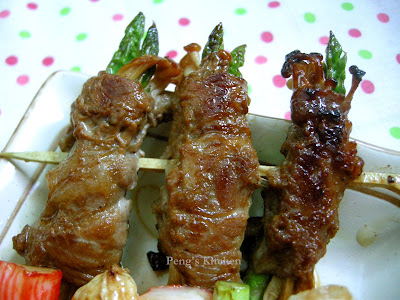 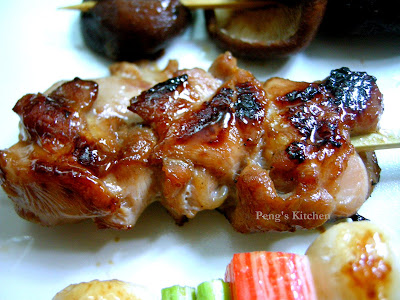 Teriyaki Chicken
Ingredient
Method
I thread some chikuwa & crabstick with some balance asparagus, baste with some teriyaki sauce in between while grilling. For the shitake mushroom, I also did the same method :) Sprinkle over some seaweed after the stick are cooked. 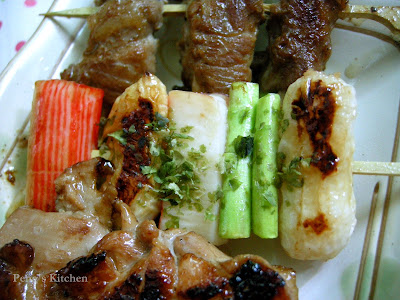 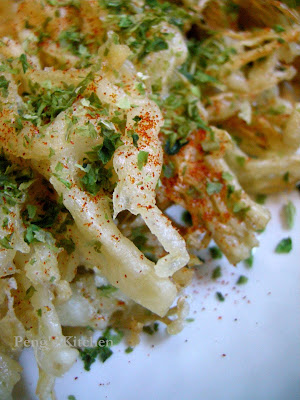