My over bloomed flower bun >.< I followed the recipe using 20cm ring pan and too small to fit in all the dough! I've got a normal 8" cake pan but never thought of changing to a larger pan. Just squeeze in all the cut rolls and in the end not enough space for it to proof :P After 30mins of 2nd proofing the dough started to 'overflow'. Arggghhh...dun care just preheat my oven and bake it immediately. While the bread is baking, I knew I would have problem removing the bread as I added extra cheese to it :P Indeed some melted cheese got stuck at the bottom of the pan! But manage to remove without much damage hehehe...If am going to bake this again, will just put the cut rolls into individual cases ^.^ 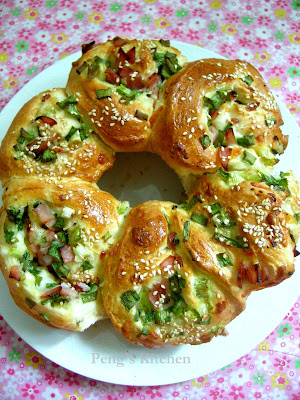 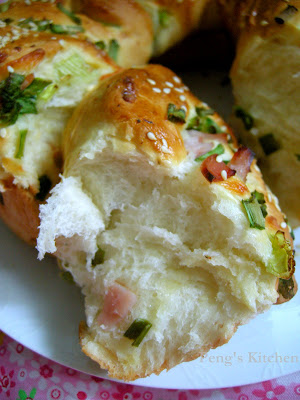 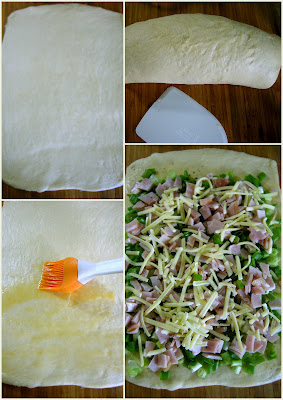 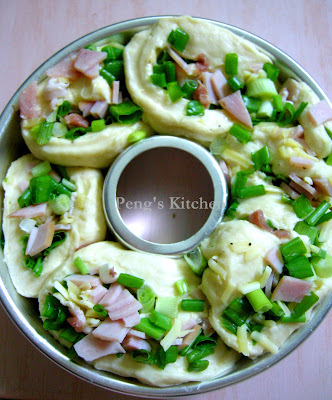 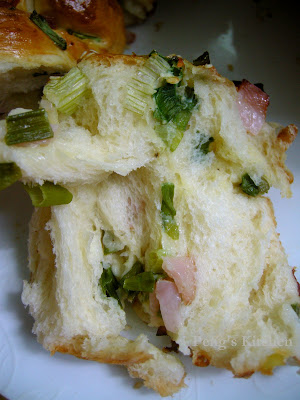 this is yummeh!
but for my kids i gotta omit the spring onion and the sesame seeds
but i will make some for myself, with full ingredients :)