An angel cake is basically a sponge cake which uses egg whites which beaten till stiff peak, just like a chiffon cake. I used red dragon fruit puree in the cake batter and why is the cake not pink?? As I already knew that the pink colour pigment will not maintain after the baking process, thus I added a tsp of red yeast rice powder to the batter, hoping that the cake will at least has some reddish colour tone instead of a brownish cake! hehehe so am more curious with the outcome of the appearance rather than its taste! ^.* The results? A orangey red angel cake with slight tinge of sweetness from the dragon fruit. 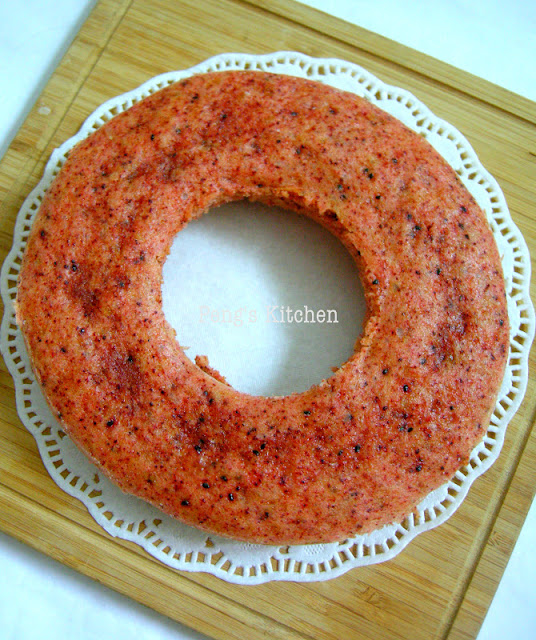 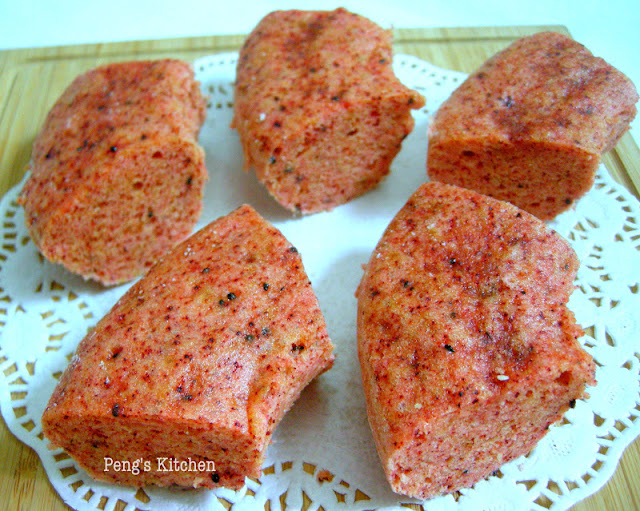 ooohhhh so pink!! but after baking the tone is completely different! 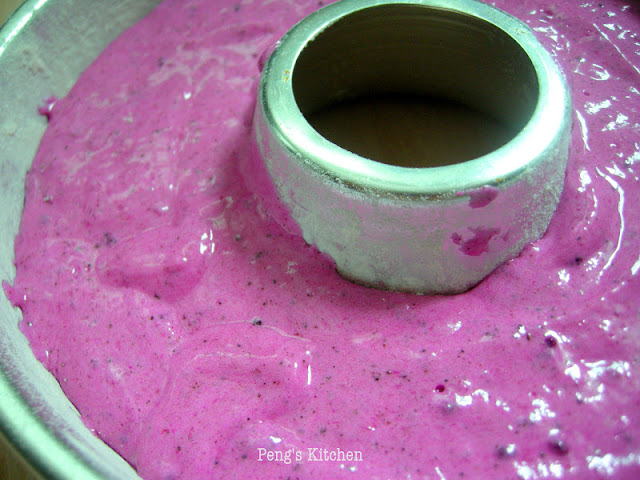 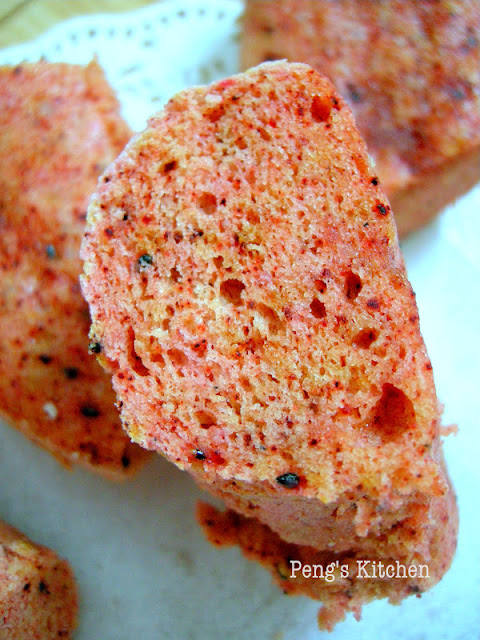 Hi
Where you bought your red yeast rice powder? I am from singapore. Tks

Kium...I got it from Chinese medical hall, is in seeds form, I grounded it into powder