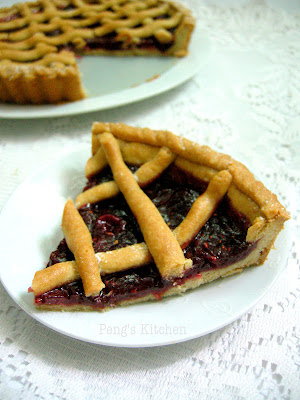 As per wikipedia .... Linzer tart is originated from  Austrian and named after the city Linz. It is a short, crumbly pastry filled with raspberry jam and covered with a lattice design on top of the pastry. It is a traditional pastry often eaten during Christmas by the European countries.

The process of making the pastry and filling is very simple, except when comes to making the lattice pattern. While rolling the dough into thin ropes, certain section keep broken up >.< I tried my best to get a even thin rope and gently place over the jam, and still some part broken up again. Of course it can be patched up by joining the pastry together but this result the lattice pattern to crack after baking, like mine hehehe.....During the baking process I realised the middle of the tart rise up quite high, as if its going to explore anytime! phew....it actually went back to its original state after cooling down :D  Nevertheless, despite some unsightly cracks here and there, I still love this pretty jeweled looking pastry! 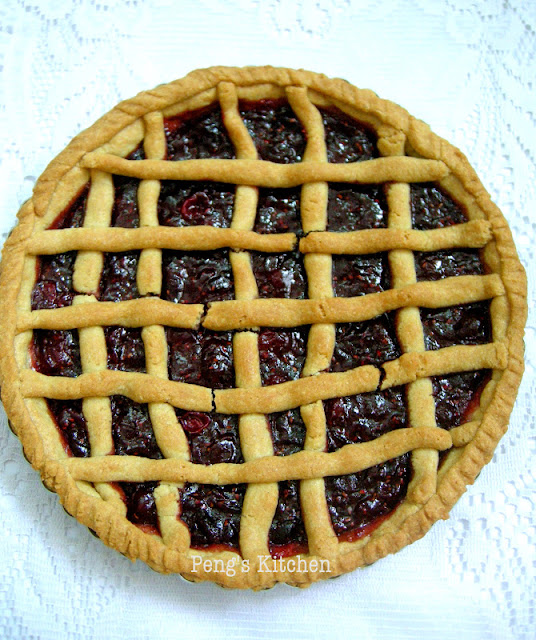 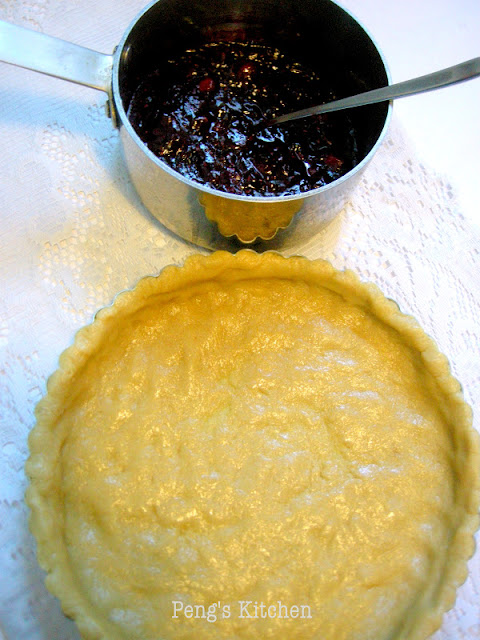 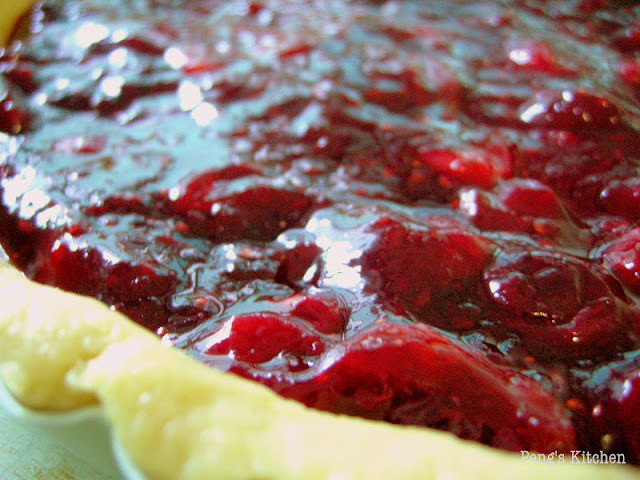 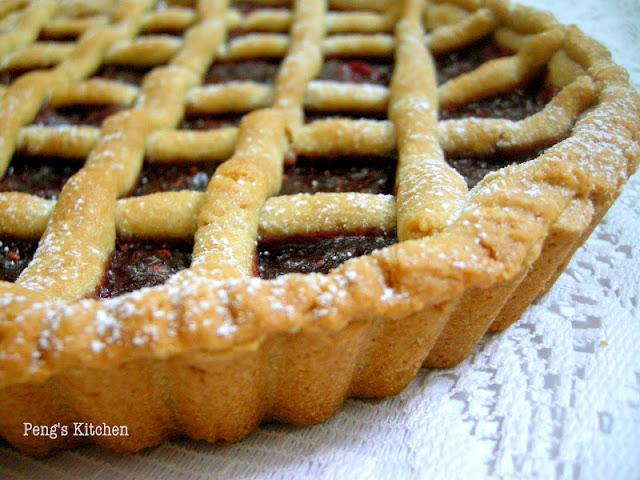 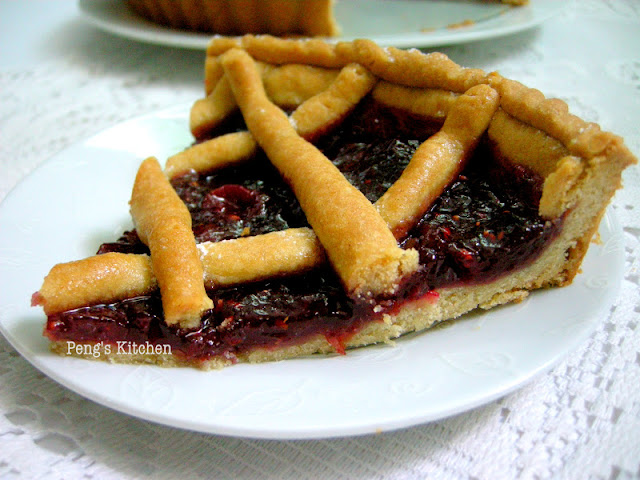 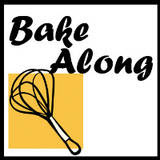 hi peng, that is why i was also a little reluctant to make that lattice design for mine. Despite the said broken parts here and there, it still turns out beautifully! One day, i will try making that lattice design. YOu must be a little worried seeing that tart rised up in the middle. ha! Thanks for baking along with us!

Your classic Linzer tart look great. Mine cracked a little too but no worries about the cracks! It is the taste that matters :D

That's why I didn't want to do a lattice top! Hehehehe. You used cranberries, nice! Sounds very Christmas-sy :D

Hi Peng, I thought I left a comment earlier on! Sorry for that! Your linzer tart looks great! And I like it that you made your own filling, it looks yummy! Thank you for baking along with us! Have a great week!

Great results with the tart especially the lattice work!