This sweet vinaigrette pork ribs only require simple seasoning like dark vinegar, rock sugar, wine, soy sauce and salt! The taste is awesome, similar to vinegar pork trotter but this is more sweeter 'cos of the rock sugar added.

The first attempt, I over reduced the gravy and it became rather thick and dark, not saucy enough but taste not compromise. 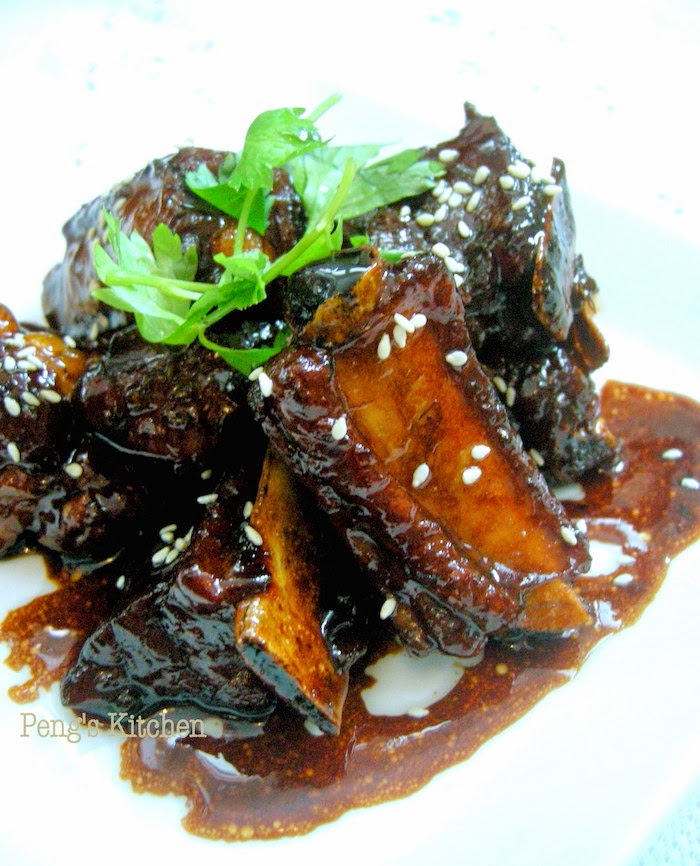 This is my 2nd attempt! Added slightly more water and replaced the dark soy sauce with light soy sauce :) This time round more gravy to drench over warm white rice! 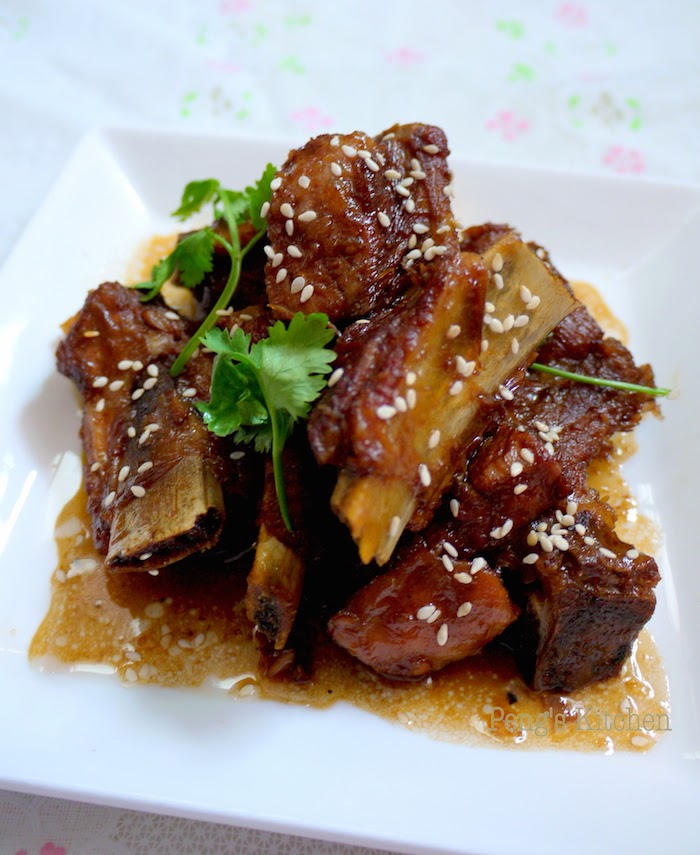 Caramelise rock sugar, add in ribs to coat the golden syrup, add in water and seasoning, cover and cook till ribs are tender and sauce reduce. 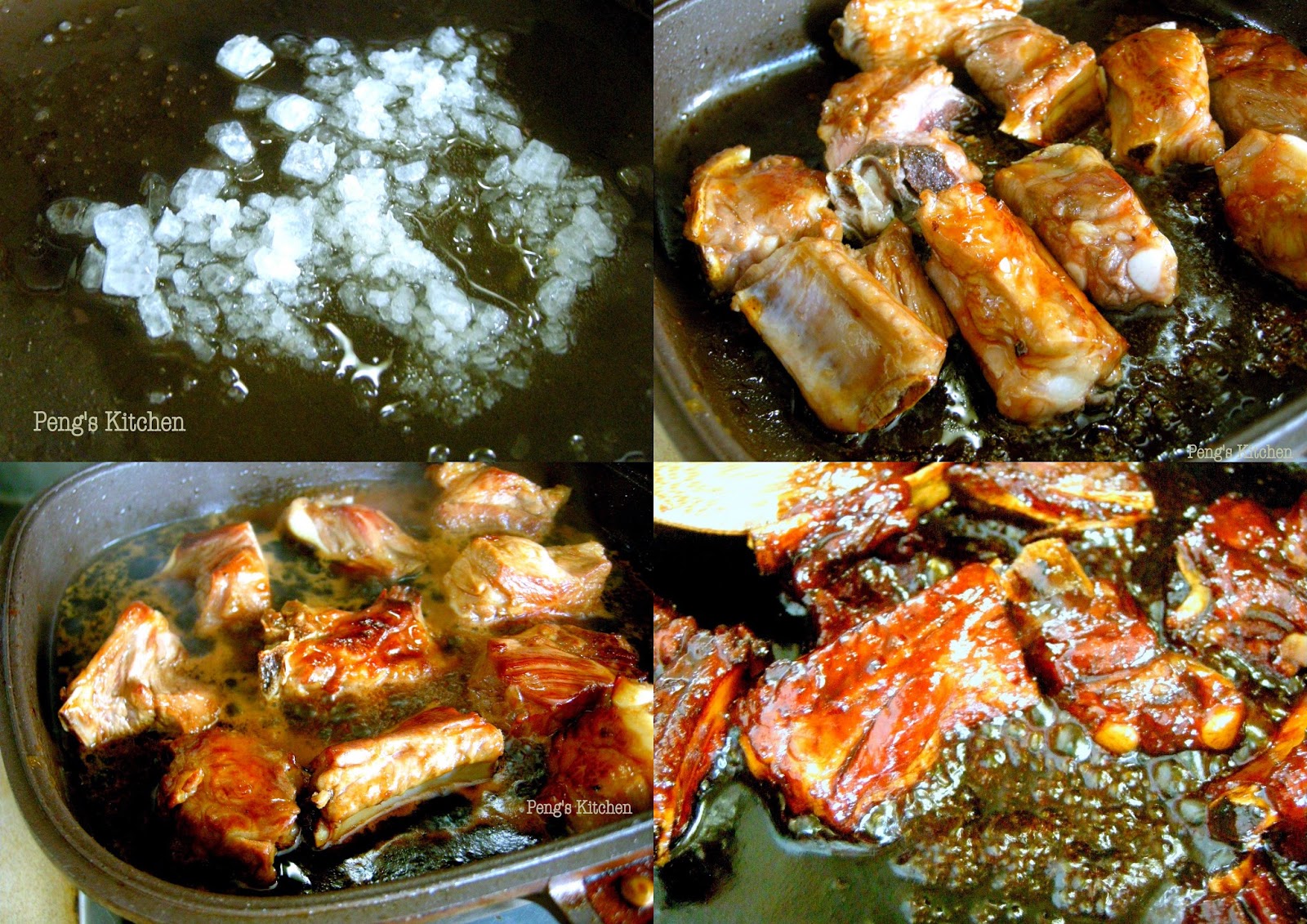 Which attempt look more appetising to you? hahaha actually I liked the dark version one though it looked less presentable than the 2nd attempt :P 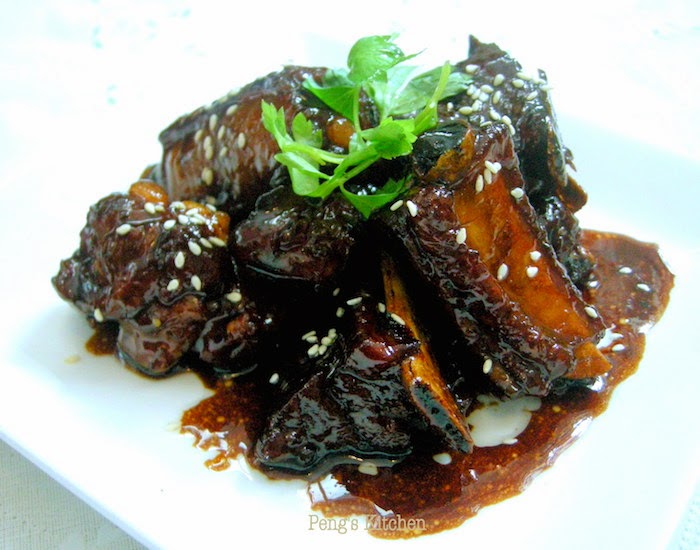 This looks amazing and so simple to make!! Thanks for sharing! Definitely gotta say by to chopsticks and just use hands for this haha.