Who knows that agar agar making can be so challenging!? I've actually attempted 3 trials before I succeeded in making this gula melaka agar agar @.@ The jelly actually separated into 2 even layers on its own after cooling down. The first two attempts I've used too thick coconut milk (different brands) resulting a thin agar agar layer forming or it did not separate at all! So frustrating but the taste still equally yummylicious :D 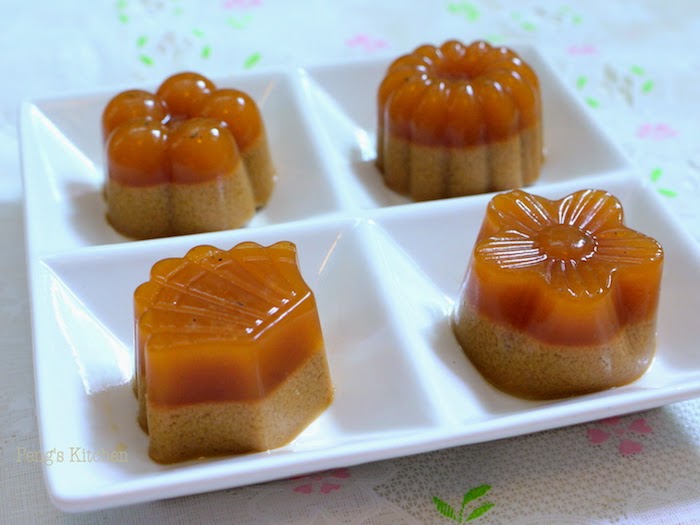 I was too lazy to sieve the gula melaka mixture therefore the sediments were rather obvious :P Moreover I actually bought a wrong agar agar powder! hahaha I wrongly grabbed a pack of orange colour one. Only realised it  after I pour it into the pot....so silly >.< Luckily the colour blended so well into the gula melaka mixture, that's why my agar agar had a deeper tone. So don't be alarmed if your agar agar turned out lighter than mine :D 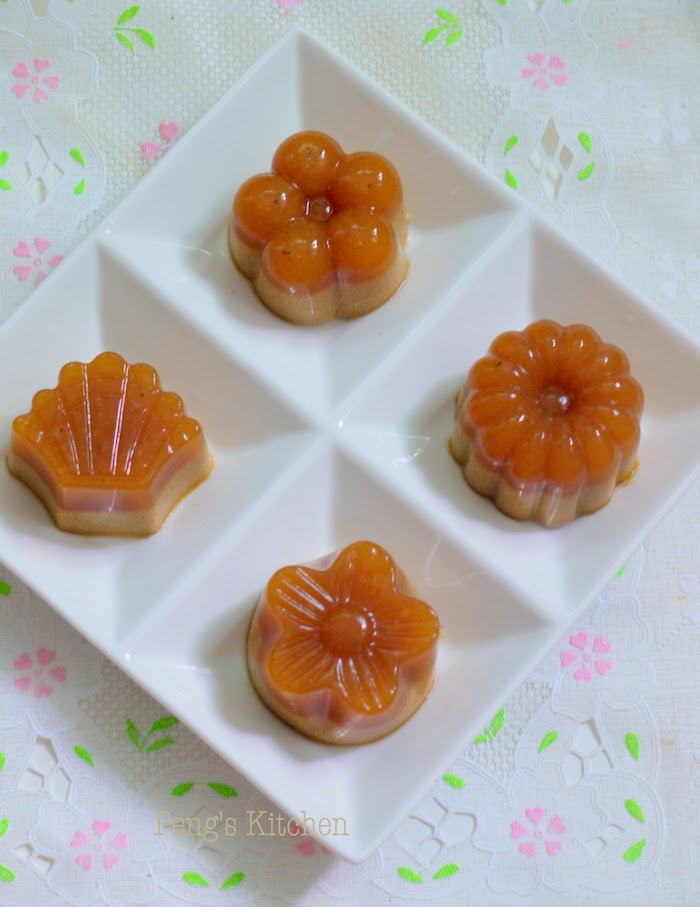 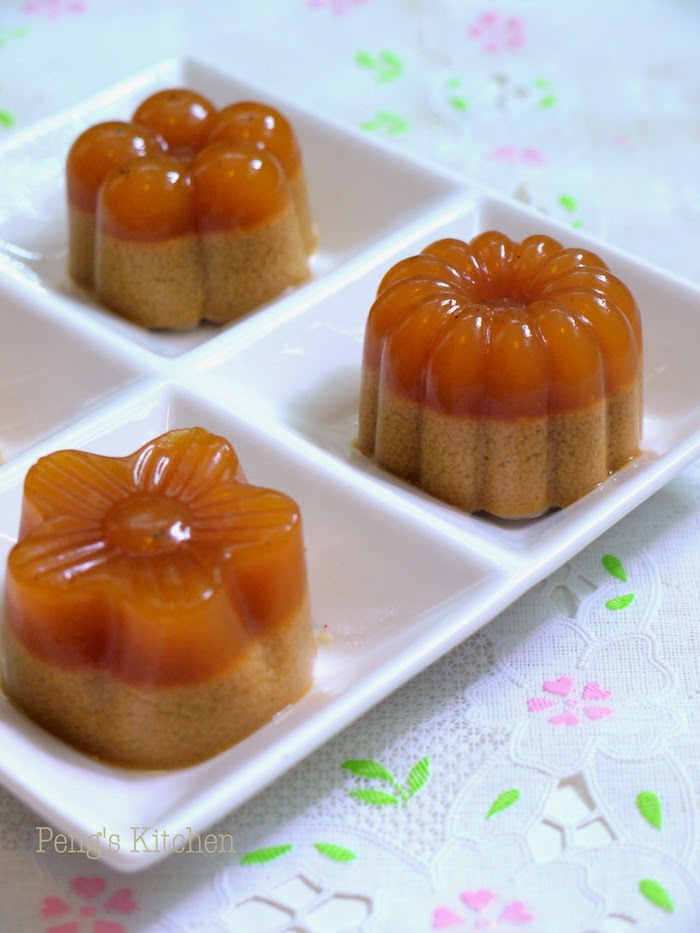 Hi. Can i ask how long do i need to chill it?

Vanessa Tan....I prepare in the noon and chill till after dinner, by then it will be cold enough to serve.

I made before and mine also never separated.. what brand coconut milk did u use in the end? Can i use my own coconut milk make from blending grated coconut and sieving?

Why my agar-agar not separated? I am using ayam brand coconut milk. What method went wrong?

Hi, may i knoww to prevent my agar agar from water pooling after taking it out from the mould?

Jac....is normal that it will 'sweat'. So I usually unmould them just before serving.

Jamie Chew...adding coconut will result a milky purplish instead of translucent.