Another brand new start of the week, let's us enjoy a hearty breakfast to start the day! How about a plate of crisp and golden potato fritters a.k.a Rosti along with some sausages & salads? :D 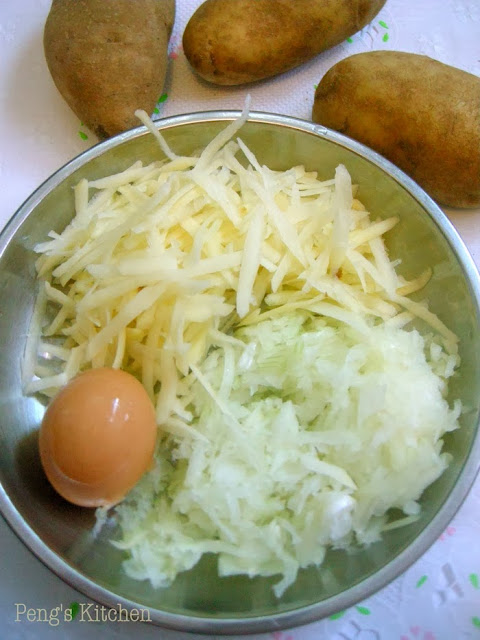 Toss and add in some seasoning follow by frying them in pan :D Simple right?! 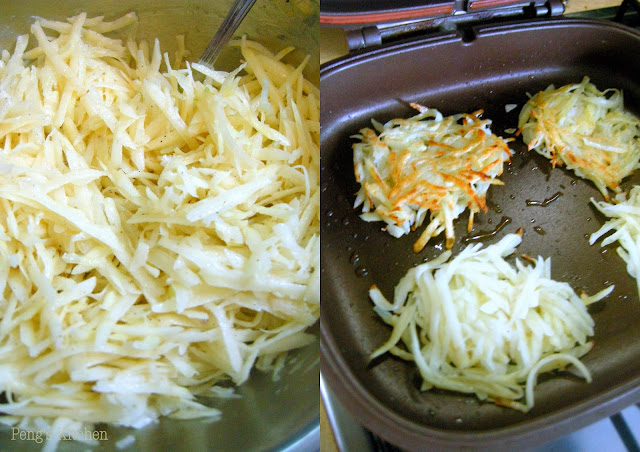 Add on some sausages and salad, a hearty breakfast is ready to be served. 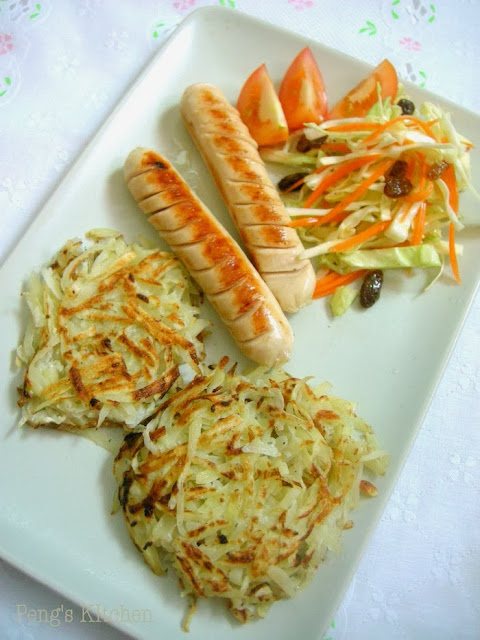 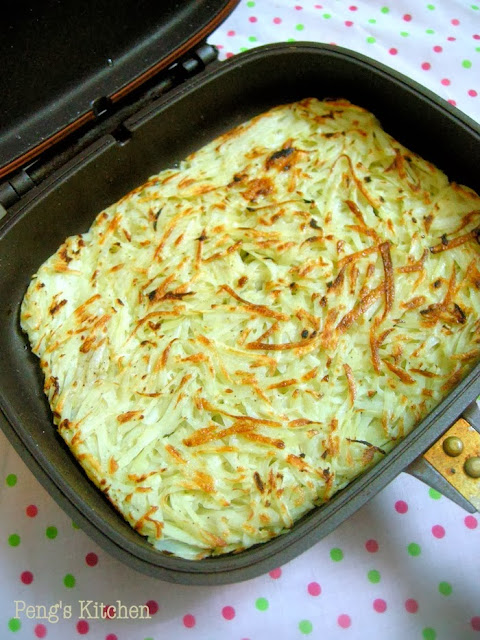 Finding it tedious to fry the fritters individually? Try cooking the whole mixture in Happycall Pan! Effortless and mess free :D By cooking in HCP, I used 2 russet potato and 1 small onion which yield a thinner pancake. 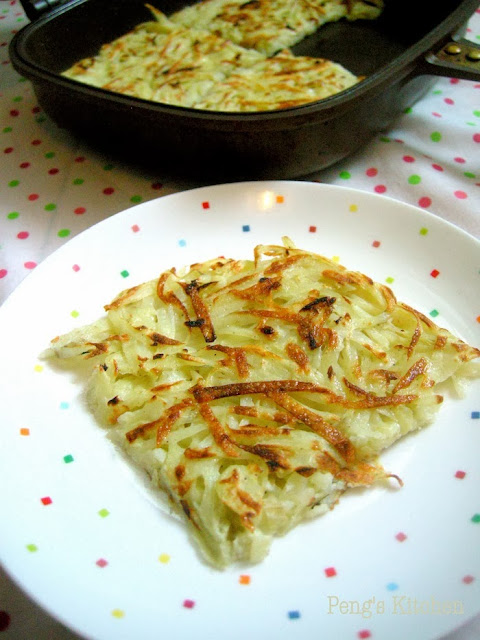 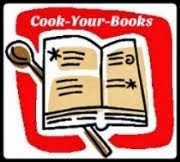 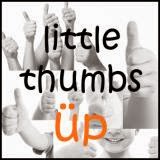 Can I order one giant rosti from you, please? :p

Hi Peng, when I saw the huge pan of rosti... I really wish I can have all to myself! Feel like buying a happycall pan... haha. Thank you for sharing with Little Thumbs Up!

Hi Peng,
I've made a similiar potato pancake too. Yours with three ingredients are simple and looks delicious!
Thanks for sharing with CYB!