I discovered this recipe in a chinese magazine, but it stated 20mins to simmer the seafood which I think most probably will be overcooked by then >.< Therefore I twitted the cooking method by cooking the rice in happycall pan first,  then place the seafood over and simmer till cooked.  Though I cooked the seafood for about 10mins, some of the seafood like squid and prawn have turned slightly tough....But is still a wholesome one dish rice meal and looks rather spectacular when the seafood is being neatly arranged on top of the rice! 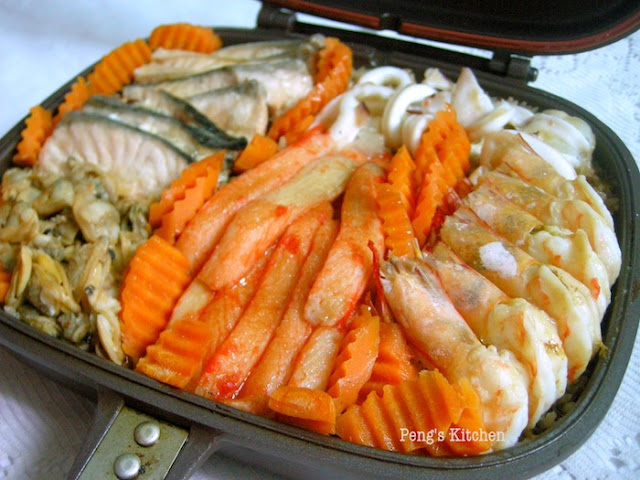 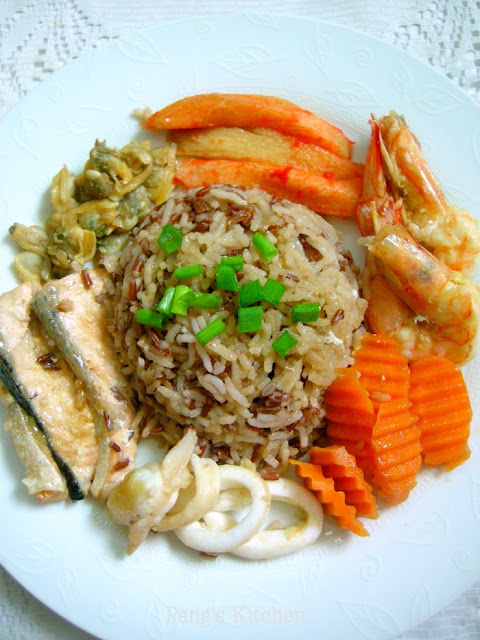 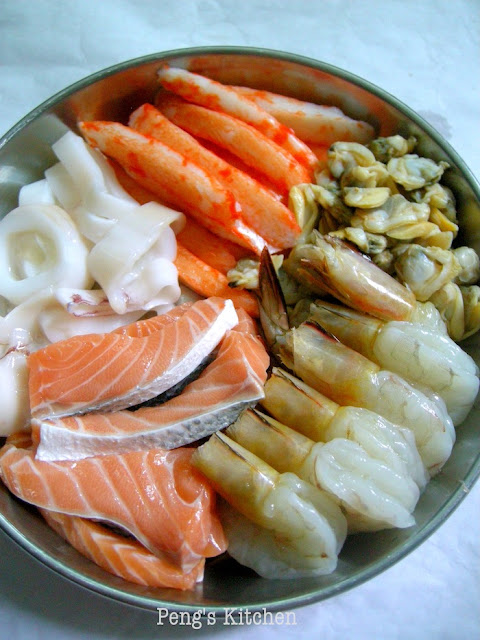 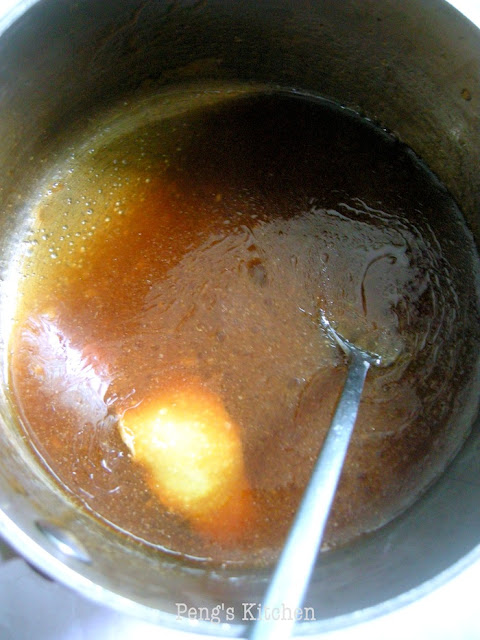 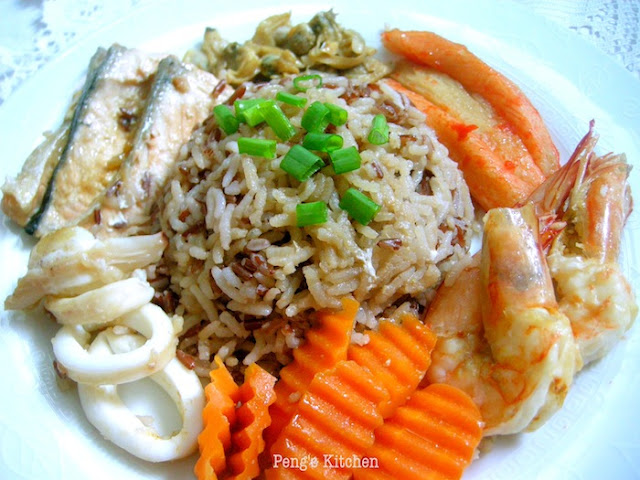 I love seafood and these sure looks good! Yum!

Your steam rice looks really good! Looks so flavorful! I have to try this one day!