This is my first time using Koepoe brand pandan paste and is taste better than any other brands I've used! Very natural aftertaste and the green hue is fantastic! a little goes a long way.....The first recipe I tested using this pandan paste is the CocoPandan Cake by WendyinKK :) I did not use any fresh pandan juice as stated in the original recipe. I've replaced it with 1 tsp pandan paste and some milk, therefore this cake is so GREEN compared to Wendy's one ^0^. I will reduce the pandan paste next time if I make this cake again. Other than the shocking green hue, the flavour of the cake is wonderful! Me too loves bakes with pandan and coconut! So you will see more cakes using koepoe koepoe pandan paste in my blog in the coming days ^.* 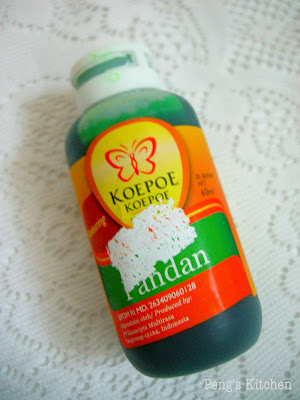 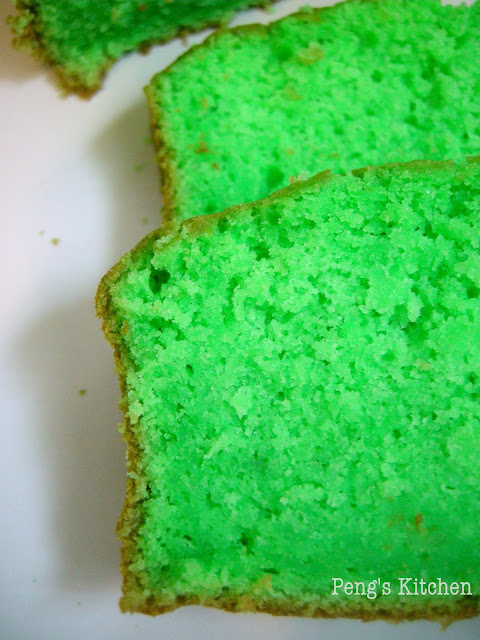 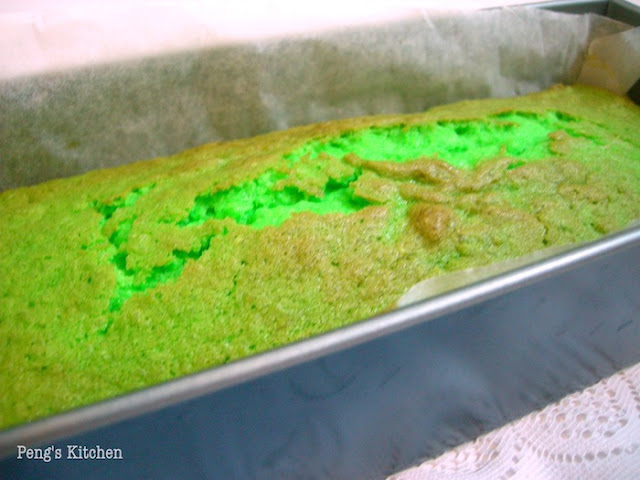 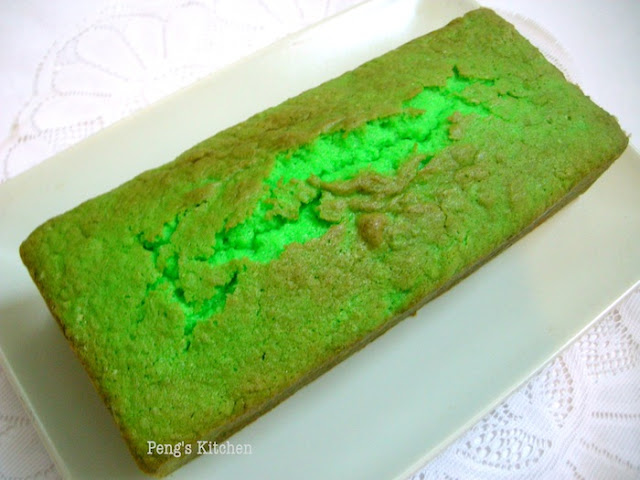 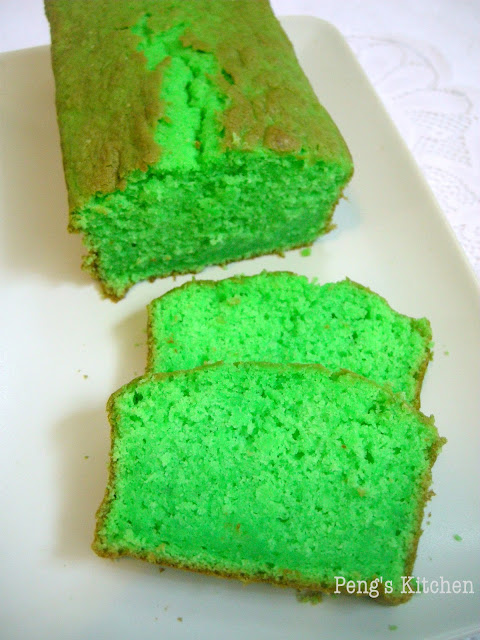 Recipe adapted from WendyinKK with some modifications
Ingredient
(A)

Miss B @ Everybody Eats Well in Flanders said...

I agree that the koepoe koepoe brand of pandan paste is very good. I recently tried the pandan kaya butter cake with this pandan paste (1st time was with fresh pandan juice) and the colour was shockingly green but the taste was very good :)

Hmm, I should try this coco pandan cake too!

wau... the cake really look so green. must try it one day.

I love koepoe koepoe brand, too. It does give vy bright green color, a little bit will b good enough :)

Hi may I know where to get this, Koepoe brand pandan paste in Singapore. Tks (lyndapsc@yahoo.com)

Hi, I have been looking hard to this 'Koepoe Pandan Paste'. Do you mind sharing where to find this in S'pore? ~ sagirain@yahoo.com