After testing out the belgian waffle, of course pancake liked waffle is next!! :) If you are expecting crispy crusted waffles, am sorry they are not >o< They tasted more like the usual pancakes, just different in appearance....Moreover the gridded pan is kind of shallow, so I doubt it can achieve those thick and crispy crust type of waffles. Each sides of the pan the most I could fill up about slightly 1/2 cup of batter, anything more then that it will spill out. Out of the 4 types of waffles I tested out, the wholemeal version one is the most crusty of all, maybe of the wholemeal flour added :P  Anyway they are best eaten when they are still warm, but my kids do not mind cold and limpy waffles hahaha 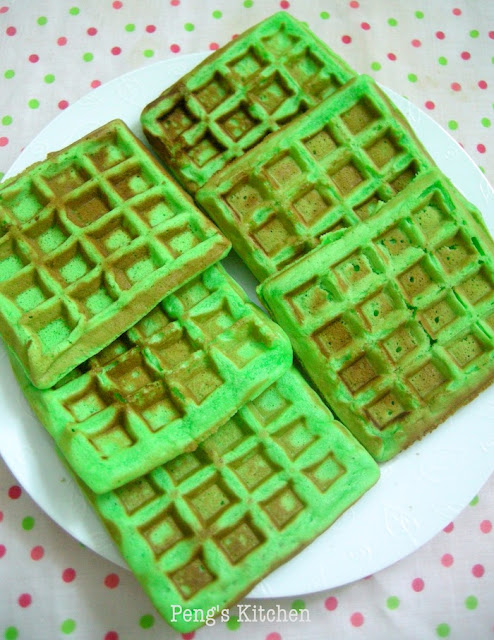 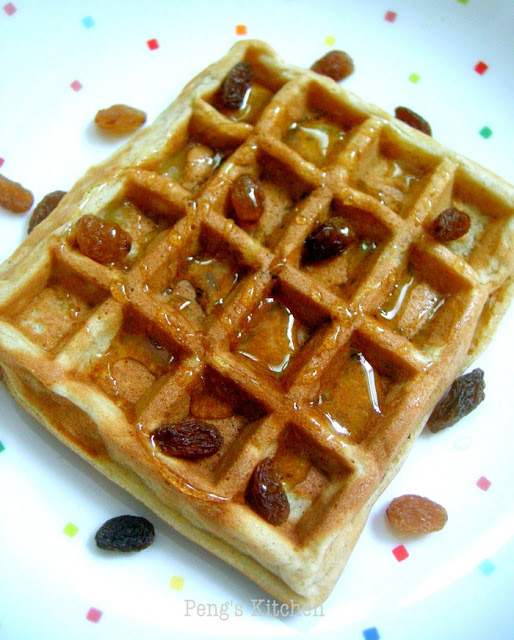 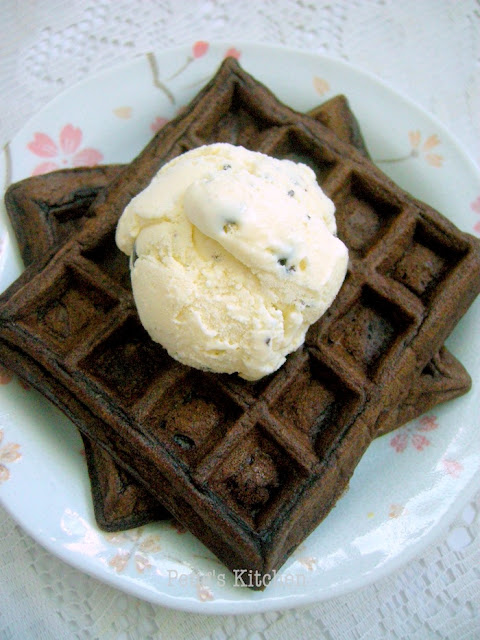 Chocolate Waffles
Ingredient (6 waffles)
Method as per above... 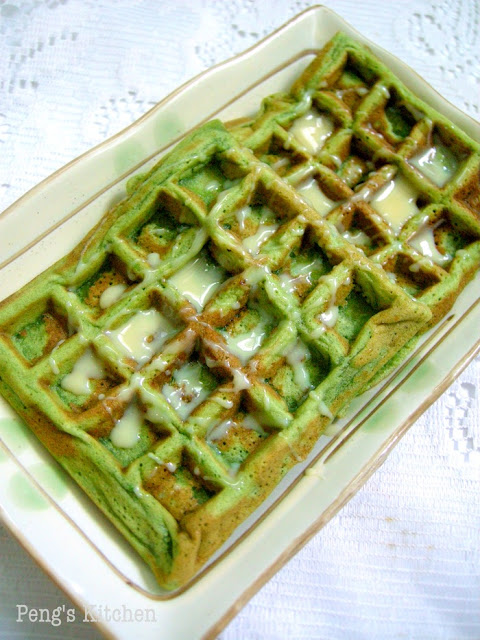 You have made so many waffles! I love the Pandan the most... very Singaporean flavors!