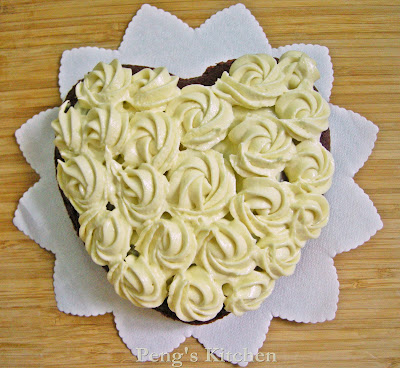 Found this recipe while I was browsing through some books while at Kinokuniya :D The pictures in the book looks so appealing as it shows bright red hue! But mine turns out deep maroon hue >.< Initially when mixing the beetroot mixture into the flour, it actually slowly change into red hue (should have taken a pics on that :P). But as the cake is baking in the oven, the red hue slowly disappear....maybe due to the prolong baking time? As the initially recipe yield 16 small cupcakes (10mins baking time) instead of baking in a normal pan which uses 20mins. And the cake is slightly dense due to my overmixing :P It is worth trying out this recipe again as it uses beetroot instead of relying red food colouring to achieve a 'red' colour cake :D Oh the taste?? First smell of the cake can detect the beetroot smell, but while tasting it not really distinctive and definitely goes well with the cream frosting :D 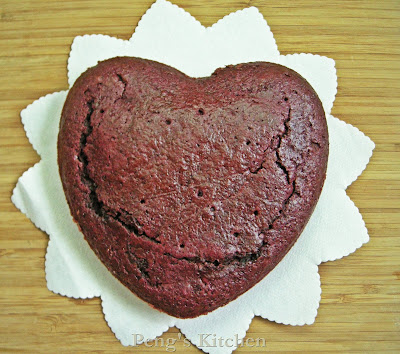 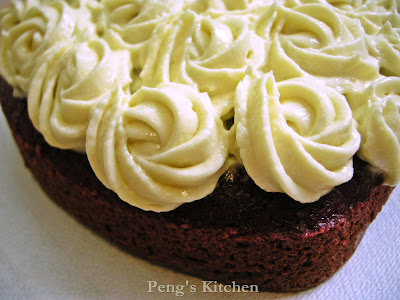 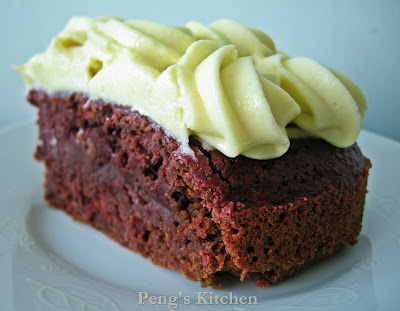 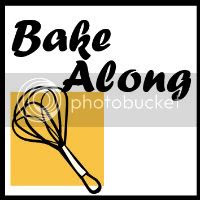 I would love to share this recipe to Bake Along No. 18 - Red Velvet Cupcakes for Valentine
Posted by Peng at 9:18 AM

Are u submitting these to the Bake Along? They are doing red velvet this month.
I'll definitely prefer natural food dye over bottled ones.. the amount of dye used freaks me out.

Such a romantic cake for two!

Wendy....hehehe yesterday browse happen to see that event, yet to look at the details, most likely will join in the fun ^-*

Using beetroot to add redness in red velvet cake is a brilliant idea!

Thanks for sharing this great recipe and we are very happy to have you baking along with us :D

Hi, That's a lovely Red Velvet Valentine Heart! Using beetroot is a wonderful alternative to red food colour! Thank you for baking along with us! Hope you can join us again in our next Bake-Along which will be a blog-hop event! :)

Delphine...happy valentines' to u too! :D

Zoe, Kitchen Flavours...tks for welcoming me aboard :D

hi, i heard abt using beetroot for red velvet but actually havent really seen one. This is a great ingredient since i think many of us are a little fear of using that amount of food colouring. Thanks for your participation. YOu know, i actually thought of "wedding' when i see your cake, it's very lovely!!

Lena....tks for ur kind words :D but my piping skills still need brushing up, always very impatient when comes to decorating :P

Gorgeous cake...and your icing is fabulous!!!! I'd much rather use beets for red dye versus the nasty artificial stuff.

How do you make your buttermilk?

Add 1/2 tbsp lemon juice with some milk to make 50 ml liquid, set aside for 15 mins before use.

The cake texture is soft because of the butter milk or because i saw your another velvet cupcake do not use butter milk but yogurt...
thank you very much.
Ann

Hi Peng, can I check if using beetroot, will it stain the mixing bowl? Thanks!

Iris... the beetroot is directly mixed into the flour, so i dun see any staining problem.