Vanilla Cupcakes again?? confirmed that I've made some mistake with the proportion of flour used for the previous recipe!! I happen to see BakingMum also have a similar recipe so I 'restudy' the recipe and half the recipe from there :) better result this time, raise properly & fluffier texture... 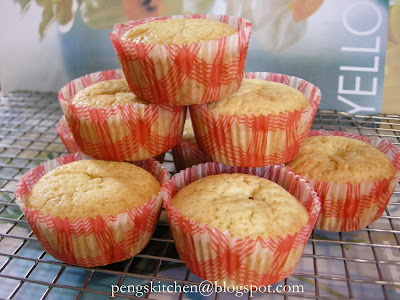 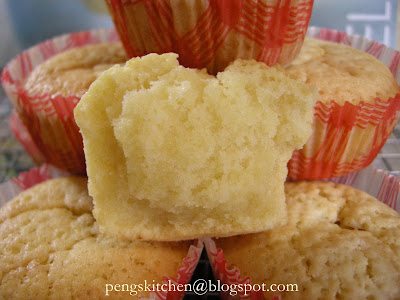 u can replace it. Cake flour gives a lighter & softer cake.

Hi, can I ask how can I rectify if i had over beaten the mixture?

Felicia See....u can't rectify it, just bake it and hope the bakes still turn out ok.