Counting down to 2012 Mid Autumn Festival 中秋节!! Till now I've yet to attempt traditional mooncakes as it seems quite challenging to me :P For the past years, I've only tried snowskin mooncakes, agar agar mooncakes & some flaky pastry mooncakes. Hopefully...maybe....next year I will pick up the courage to conquer traditional mooncakes! hehehe till now I will just present simple mooncakes which does not need much preparation and moulding ;) Initially i thought I failed this batch of moonies as they feel hard rocked after baking!! Knock against the table top and able to hear the 'kok kok' sound hahaha...Thank goodness they turned soft and buttery after the next day!

How mini are they? about 5cm in length :) 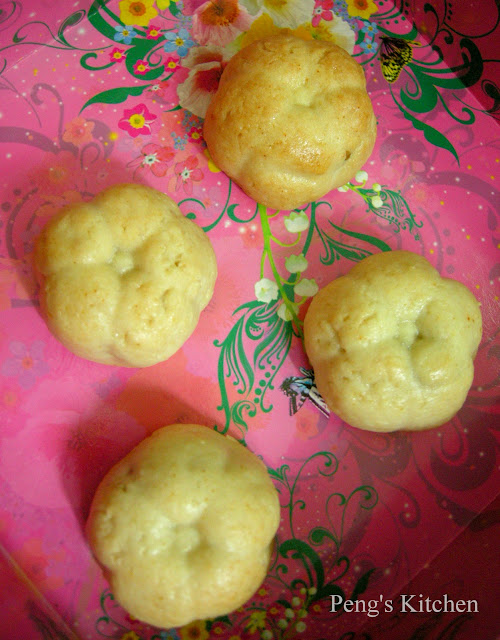 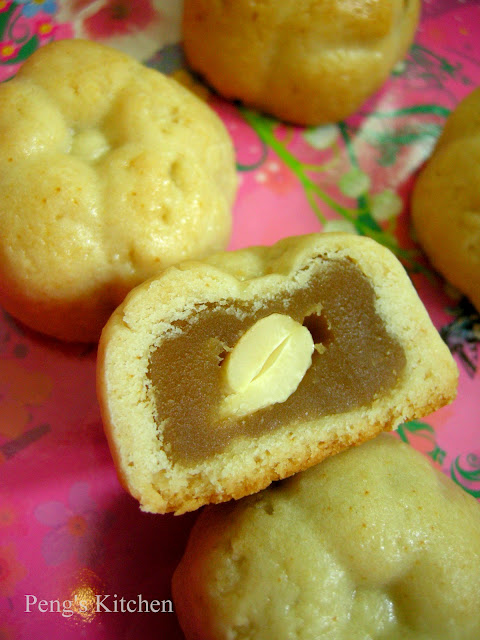