The first time I tasted churros was at a birthday party I attended last week! Crisp crust and chewy texture and dipping in rich chocolate sauce, such sinful little snack! I saw my boy happily chomping down a couple of the churros at the party. Having a pack of 'going to expire' double cream, I decided to make some chocolate sauce and salted caramel sauce to go with my churros. ^.^ 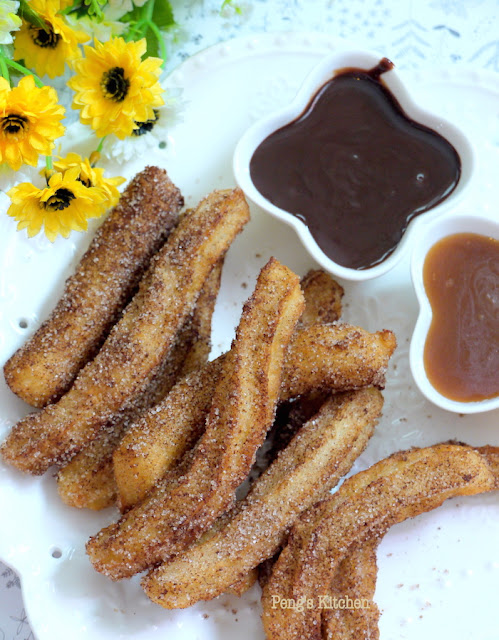 Soft sticky churros dough. Just don't fill up the piping bag too full so that it is easier to pipe the dough out. I've actually used double layer of piping bag but it still burst towards the end of the piping process. 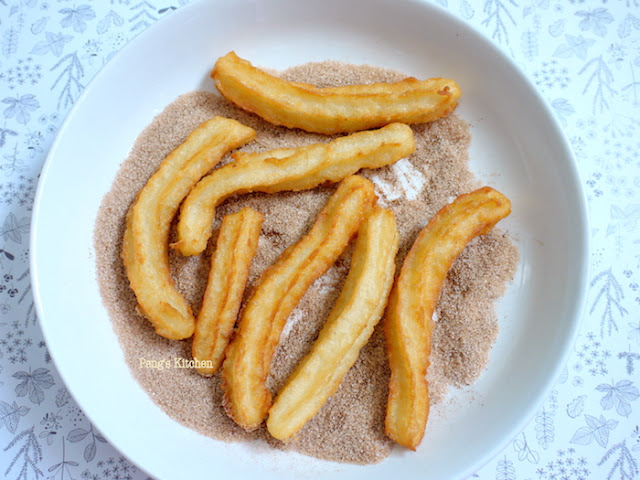 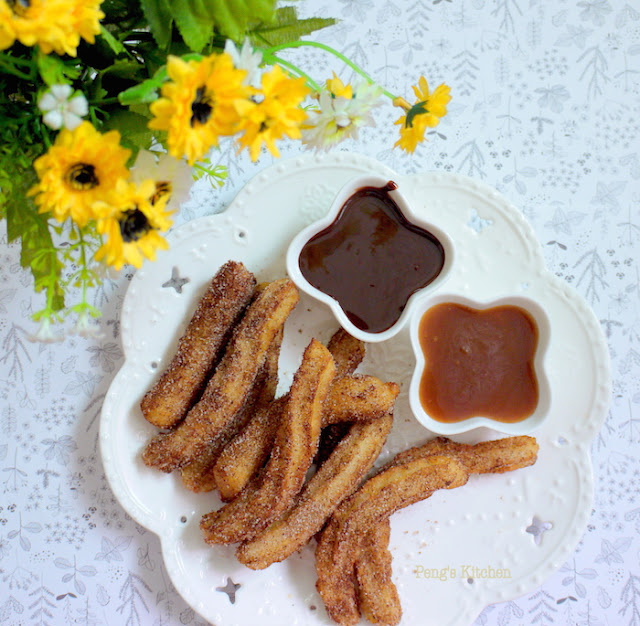 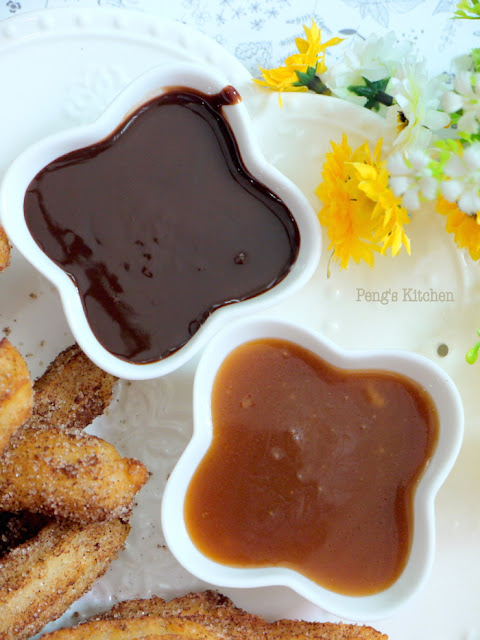 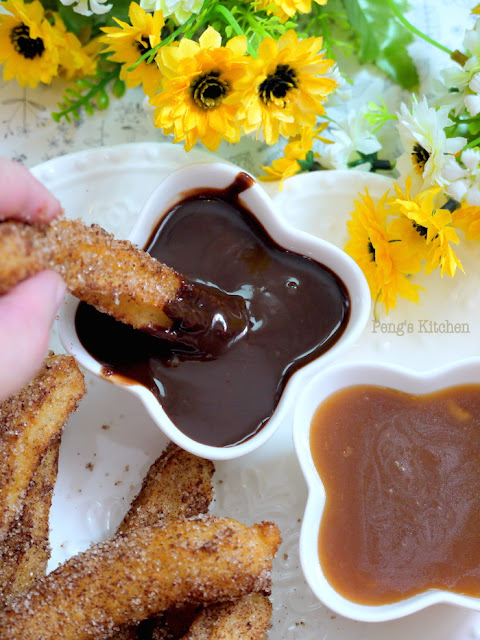