Such hazy weather for the past one week, so just stay put and lazying around at home :P Make this little cute Milo cupcakes for the kids' tea break. These subtle Milo flavour cupcakes though not as rich as the usual chocolate cuppies, they are still very tasty and inviting. 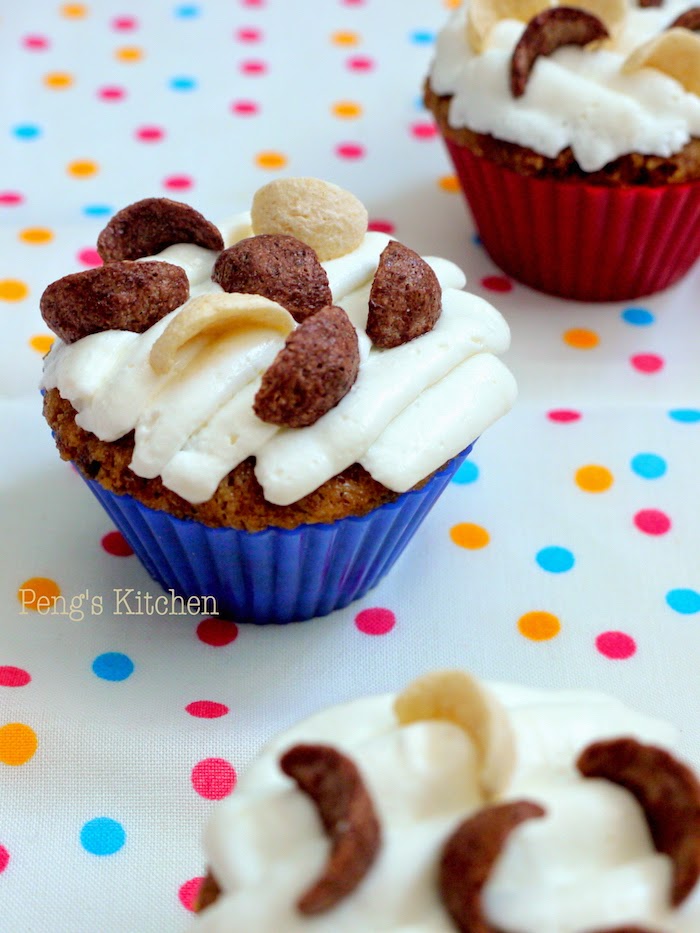 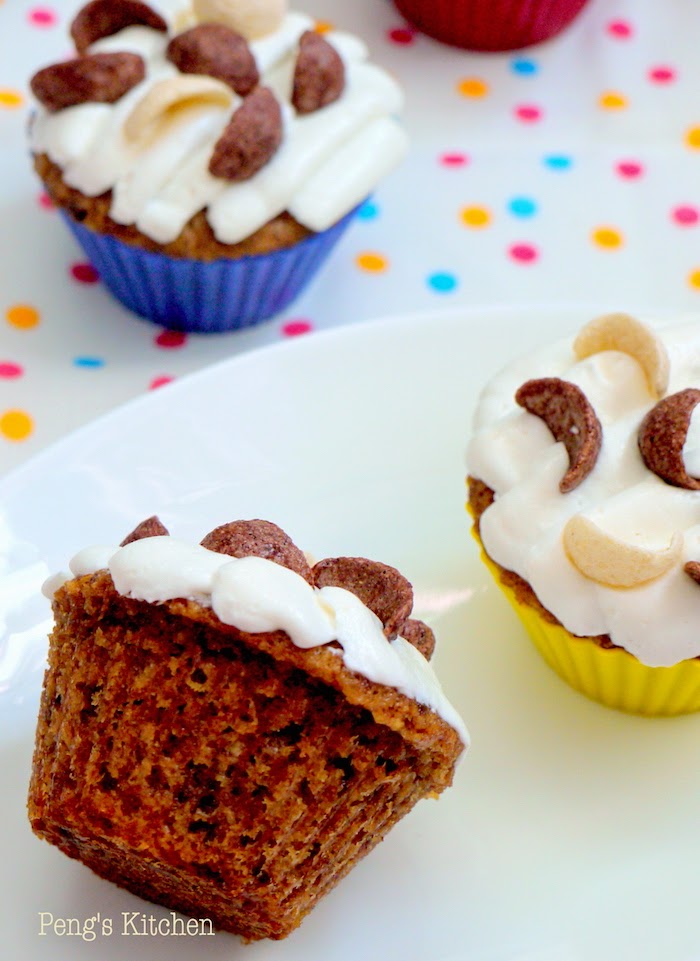 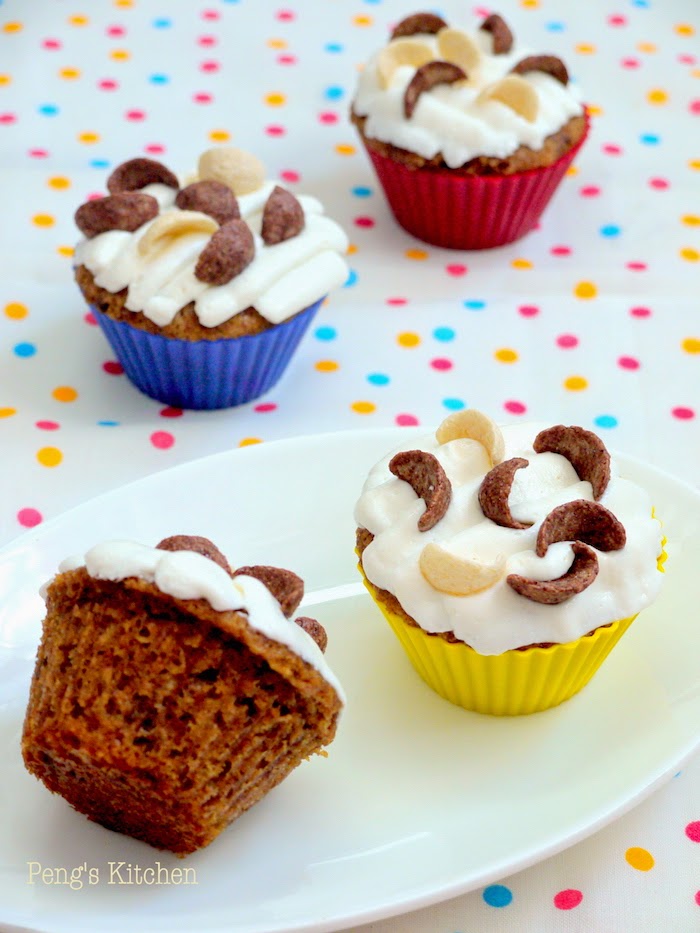 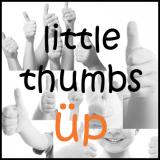 Bake for Happy Kids and my little favourite DIY

What a fun idea to transform our usual breakfast food into these lovely cupcakes for tea. Yum!