Ooh curry puffs again! This time round I've attempted the spiral version one which is more crisp and flaky than the traditional epok epok. Not so nice spiral patterns for my first attempt, but taste is definitely not compromised :) The kids loved it so much that they ditched their fried noodle for lunch and hubby took 3 at a go after they were freshly fried! I would want to attempt sardine filling one for the next round (but not anytime sooner) using spiral puff too though is more work, hopefully I can improve on the spiral pattern :D 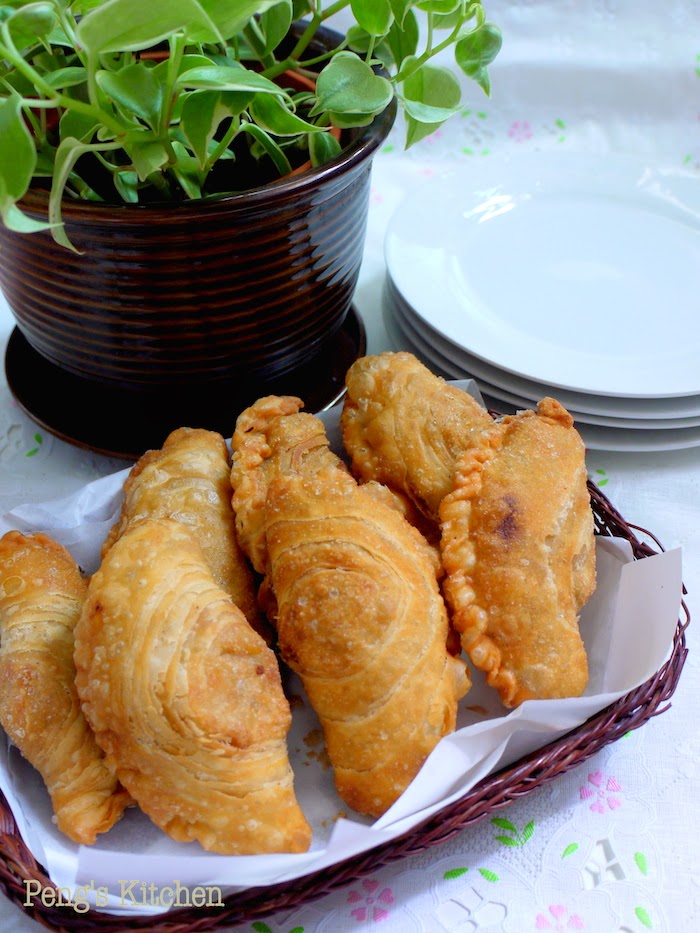 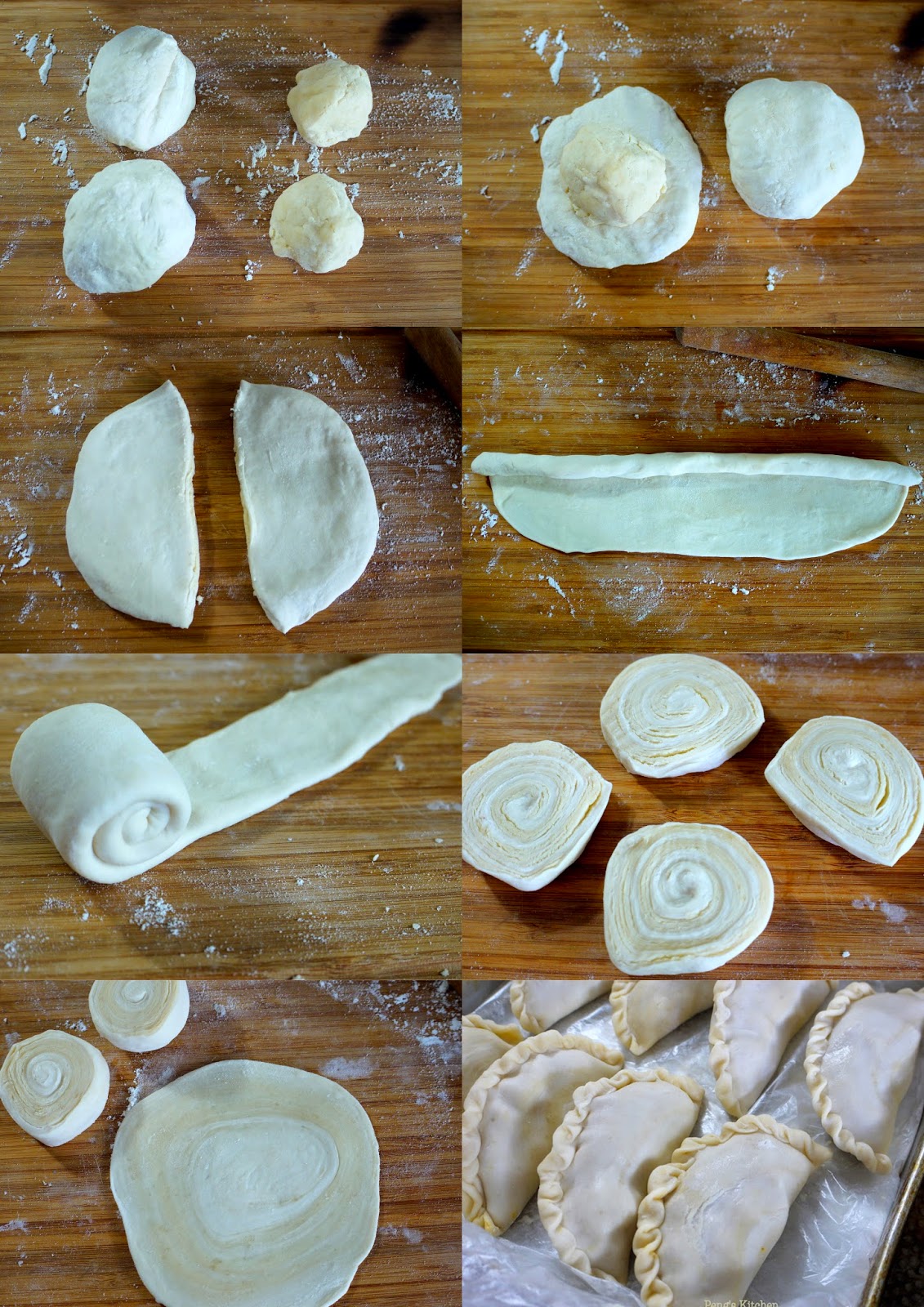 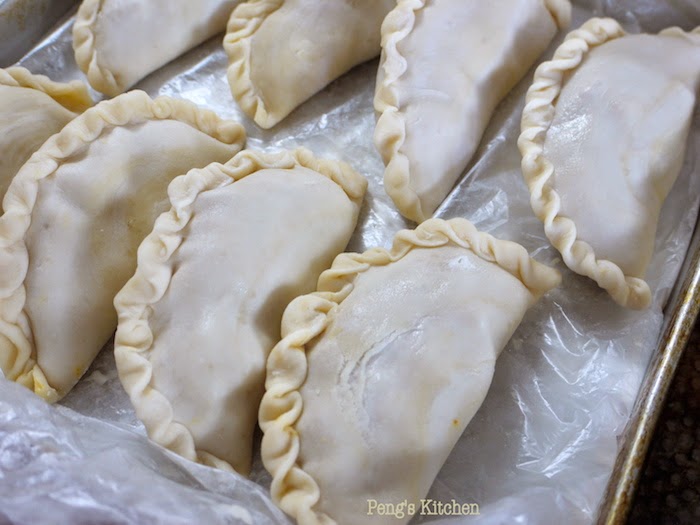 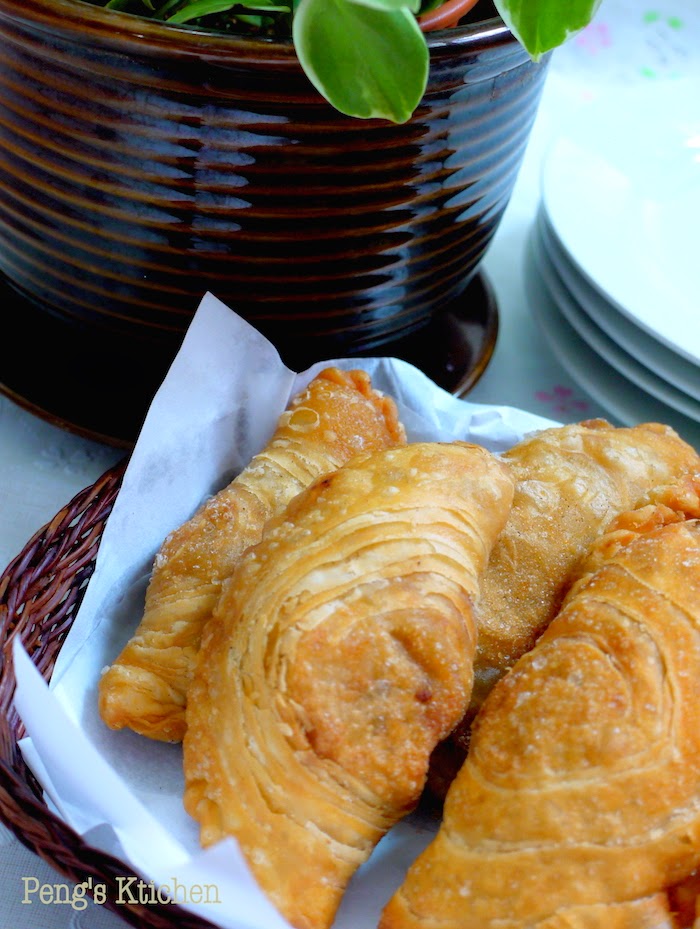 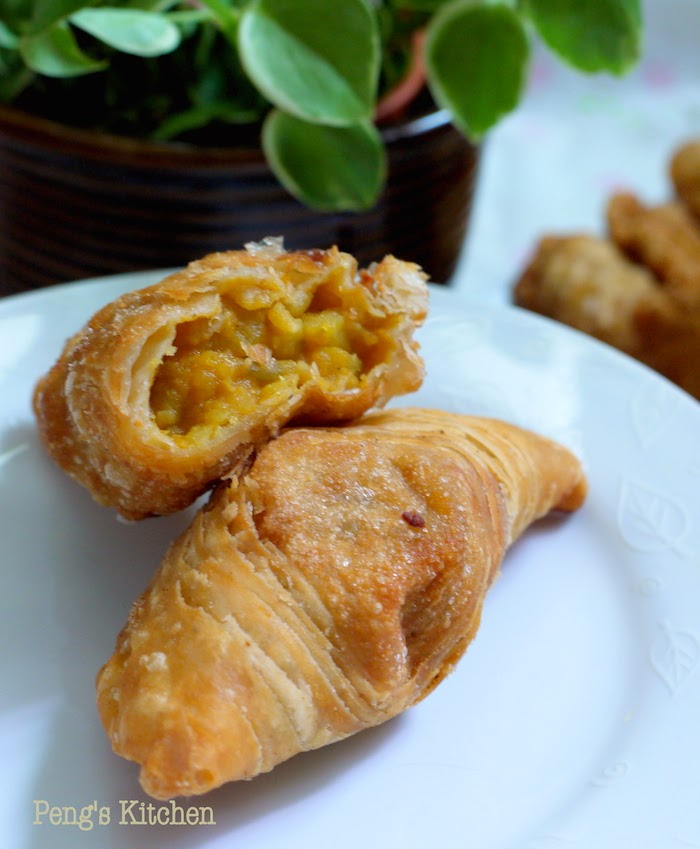 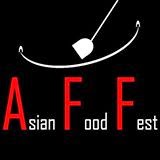 I am submitting this post to Asian Food Fest #11 Sept 2014 : Singapore hosted by Life can be Simple
Posted by Peng at 7:58 AM

Hi peng, it looks great.
Can I bake instead of deep fry?

Melinda..you can try but it won't taste as good as fried one :) glaze it with some yolk to make it look more appealing :)