The pack of fresh egg noodle I've bought weighed 400gm which is enough for me to serve over 2 meals ;) To clear the other half of the noodle I tried out another simple stir-fried noodle from Christine Recipes again! I never tried using fresh egg noodle for frying and it turns out surprisingly good. The noodle tasted springy (will lose its springiness if over cooked during parboiled) and each strand is well coated with the savory soy sauce. No wonder this fried noodles is so well liked by the Hongkongners whereby they can have it every morning as breakfast! But I do not mind having a plate of this noodle anytime of the day hahaha.... 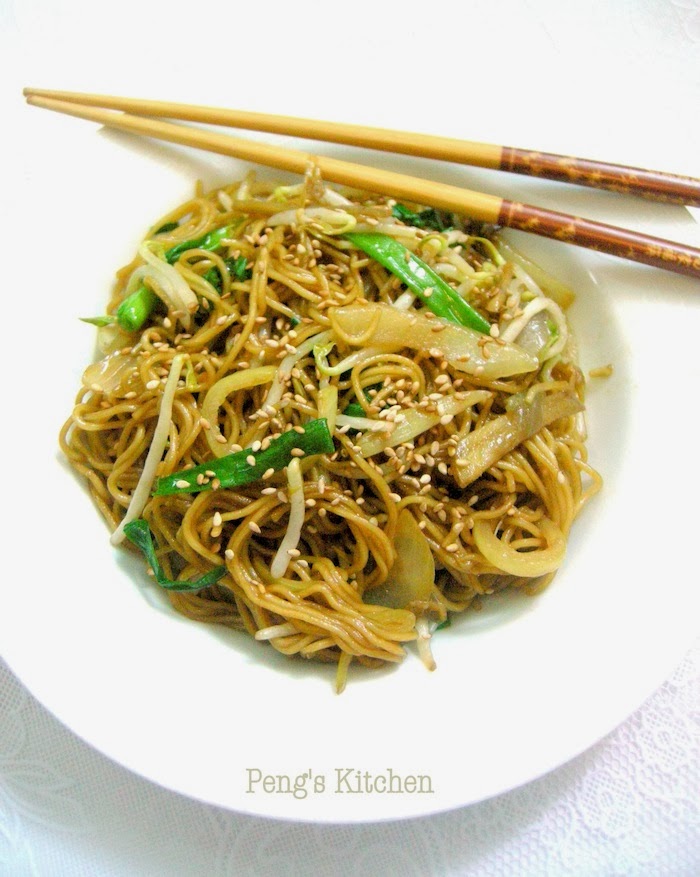 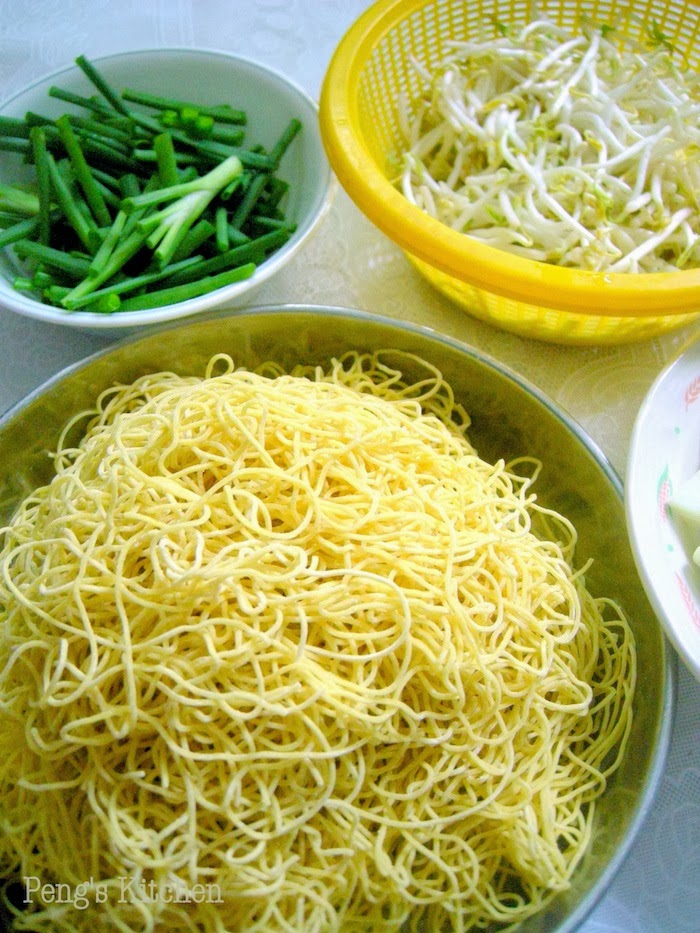 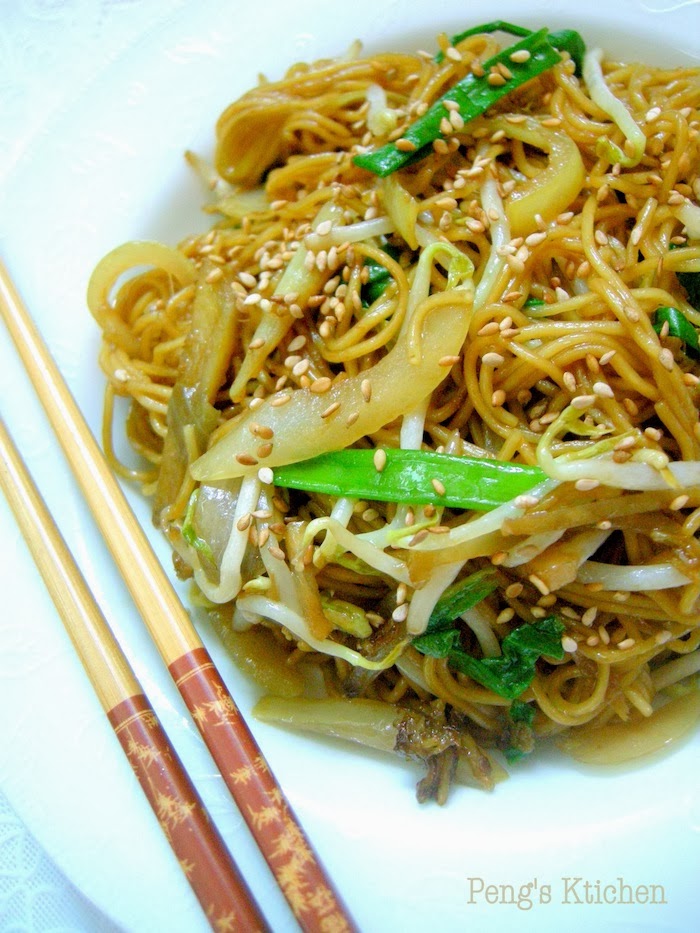 I love this type of noodle. Simple yet tasty.