Squid stuffed with flavoured glutinous rice and simmered in sweet coconut milk...what a weird combination right? I was rather curious how this dish will turn out! While the gravy was simmering in the pot, the lovely gula melaka and coconut flavour started to fills up the whole the kitchen, at least the flavours did not fail me at this moment hehehe....As the recipe did not mention how long to cook the stuffed squid, only stated to reduce the gravy to 2/3, therefore I just cook it for about 25mins to ensure  the glutinous rice is well cooked through. At the same time I know that by prolong cooking, it will cause the squid to turn tough. Anyway I just went ahead simmering the pot of glossy brown gravy.

After the dish is done, I could not wait to slice it up to and taste it! Gula melaka with coconut milk just makes this dish taste right! Yes the squid is tough but chewable and the glutinous rice is well cooked and I like the caramel taste! Are you adventurous to try this dish out? ^.* 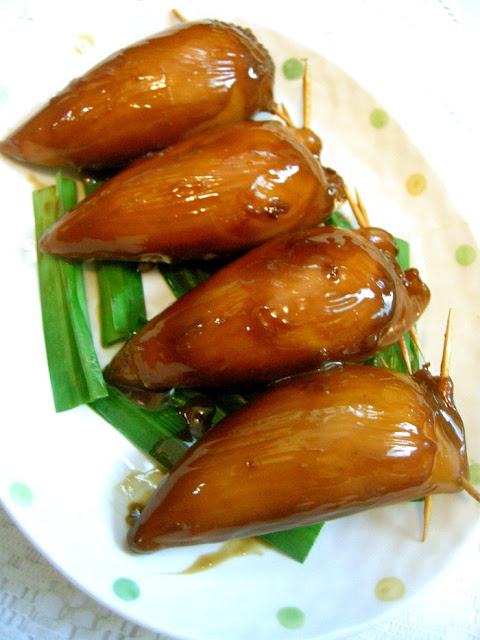 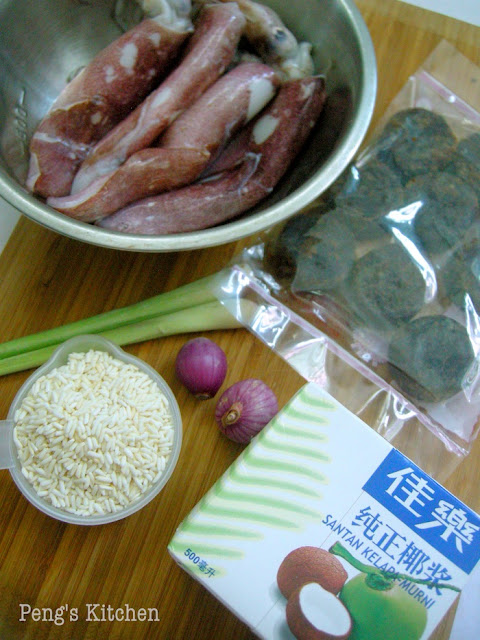 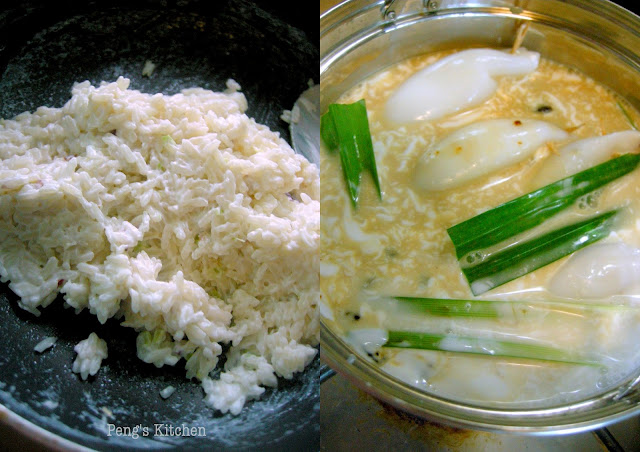 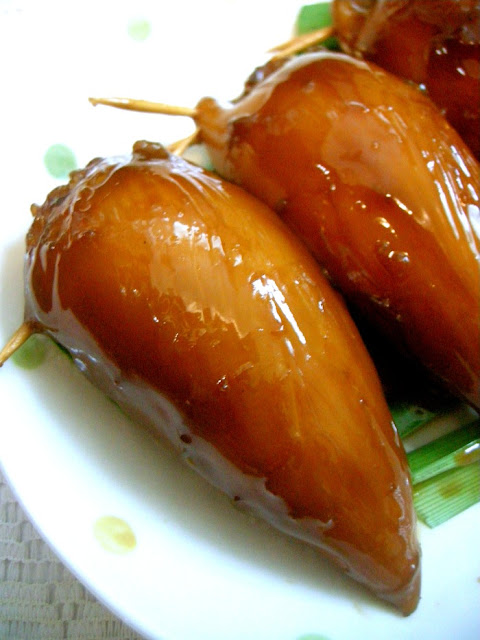 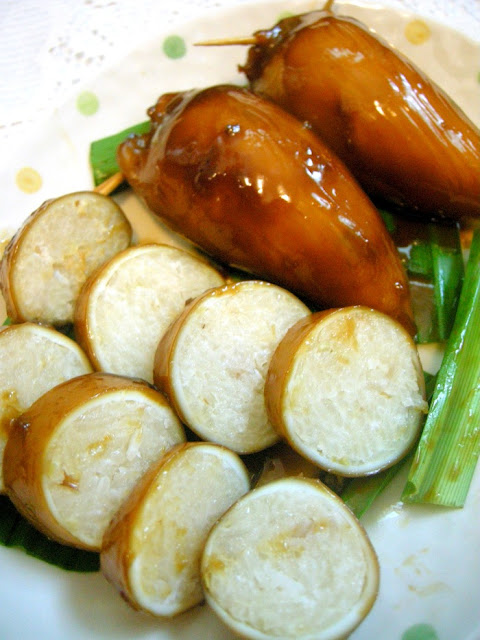 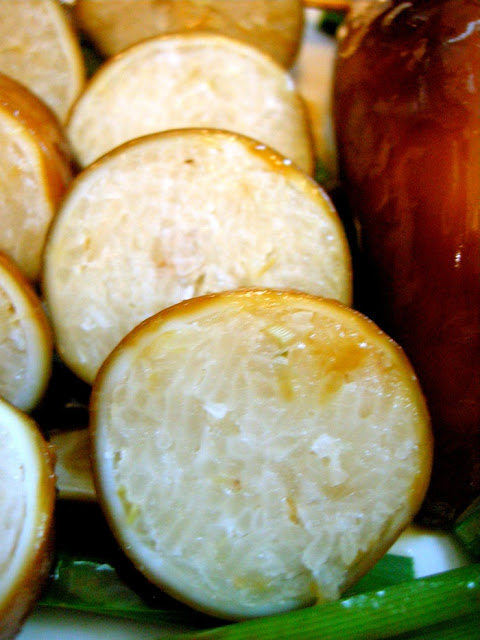 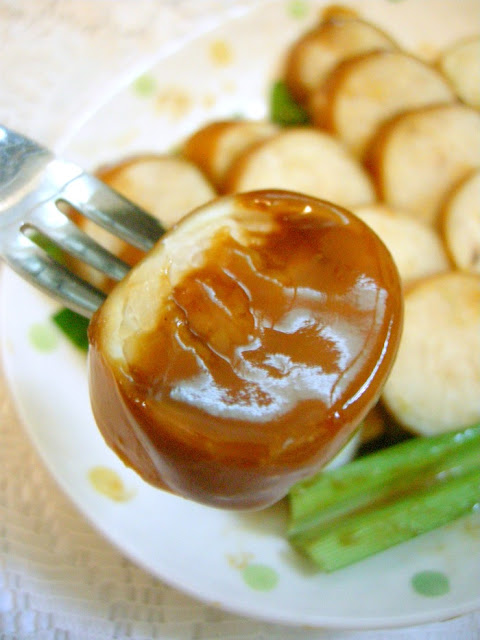 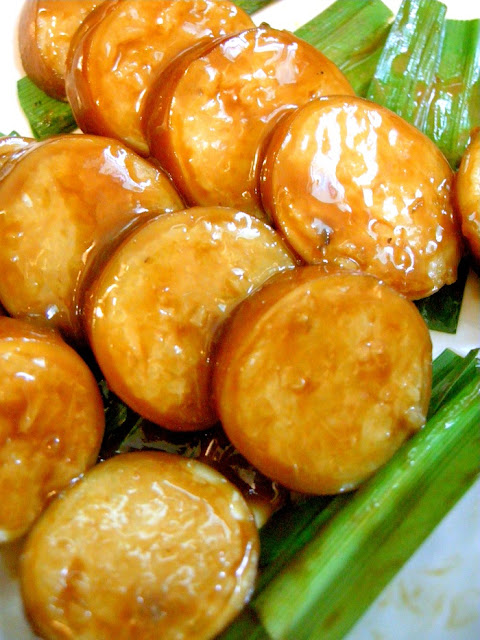 I am submitting this post to Malaysian Food Fest, Kelantan Month hosted by Gertrude of My Kitchen Snippets...
Posted by Peng at 7:50 PM

What an interesting dish! I know that squid are usually stuffed and cook in a savory dish, but not with gula melaka! I am curious indeed! Well done!

Something new to me! Looks really good!