My 24cm tart mould is really under-utilised, the only time I used is baking the fruit tart which is quite sometime back! ^-^ I roll out the pastry between 2 sheets of plastic, therefore not messy at all 'cos no need to dust the surface nor rolling pin! After which I remove 1 side of the plastic and in one quick action flip the pastry on the tart mould :D Not as difficult as you think though :D Lazy to do other cooking today, so this big pie will last me throughout the day!! 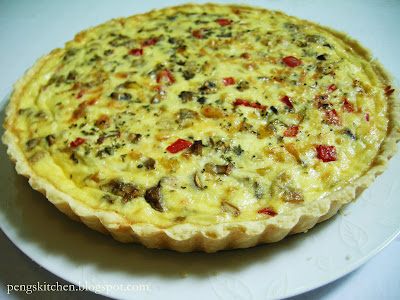 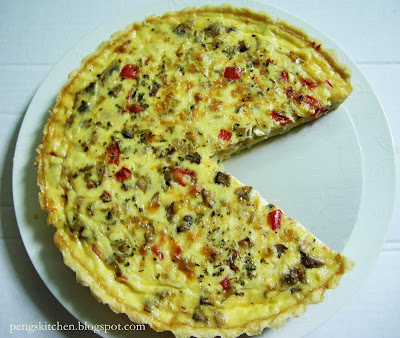 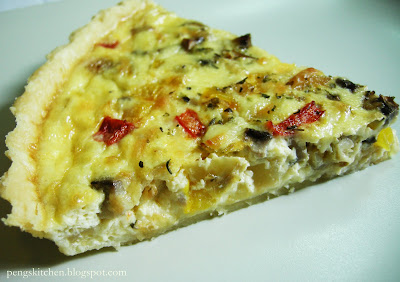 This looks pretty n yummy... May I ask : isn't this called a quiche? The ingredients seem similar.
Michelle

Michelle....quiche is just a French term for pie, there are many versions of quiche making, mushroom pie is one of the way.