Still exploring various ways of using my herman starter which I need to harvest it weekly. Guess is time for me to take a break with this herman starter for the coming weeks as I will be busier with new school term starting! Besides this herman focaccia I'm sharing today, I've attempted several recipes using herman starter which turned out well. I will slowly share it on my blog if time permits. Meanwhile let's enjoy these two lovely herman focaccia : Rosemary & Garlic Focaccia and Cheese & Onion Focaccia! 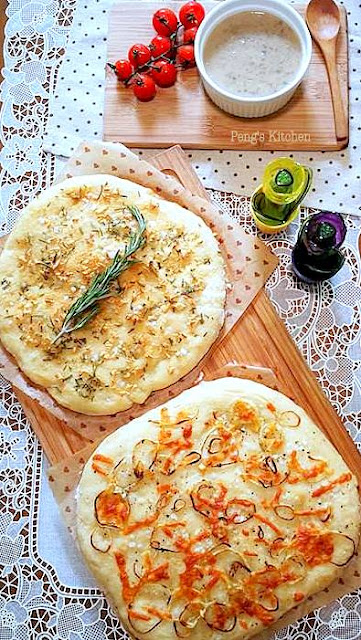 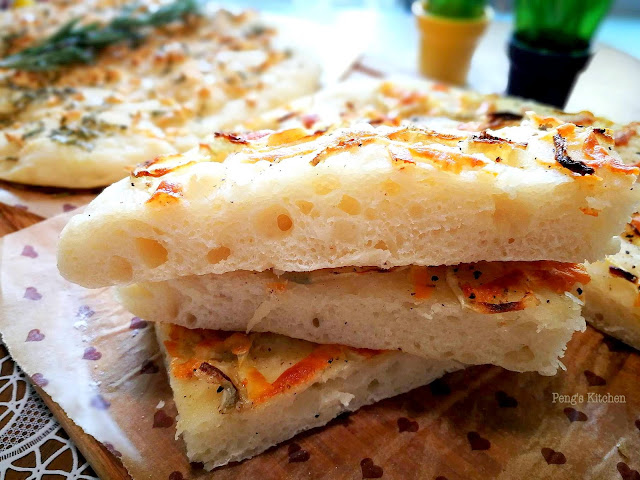 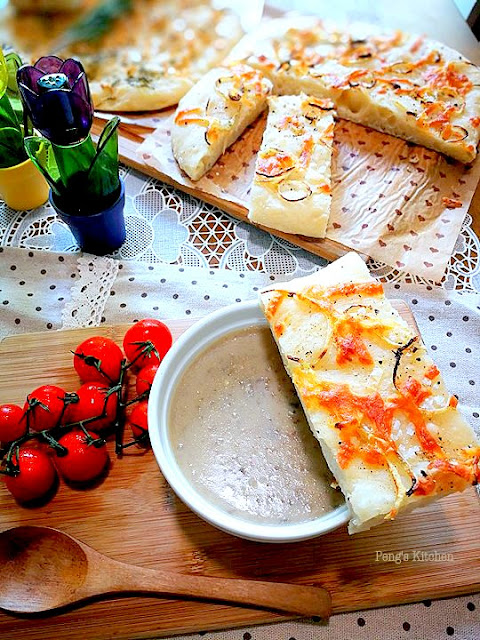 Proofing overnight till double in bulk 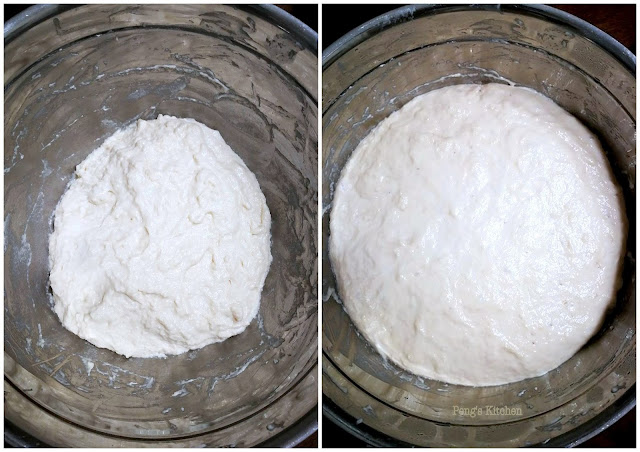 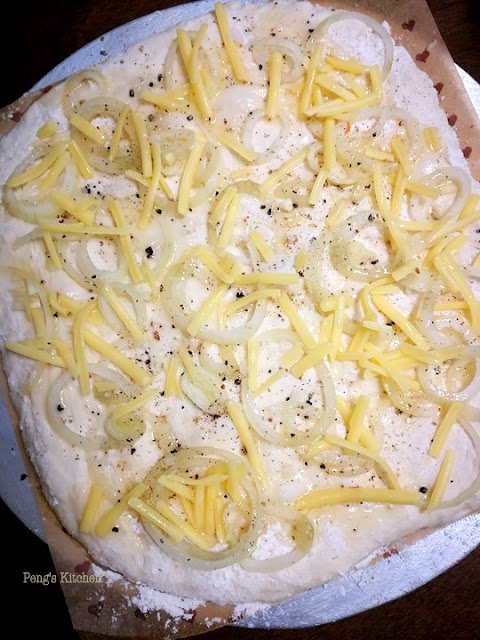 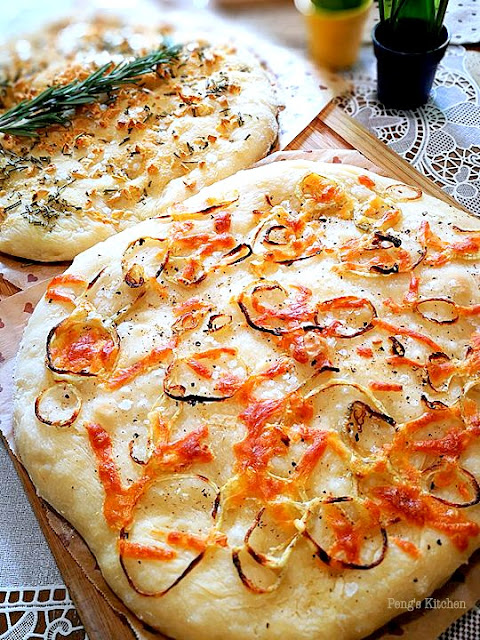 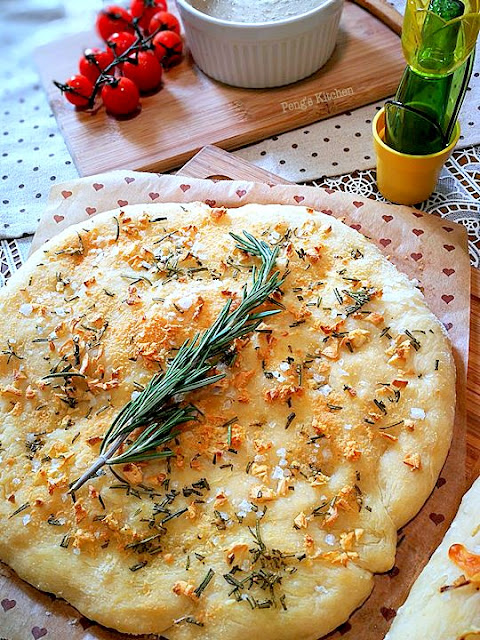