Spanish Tortilla or also know as Spanish Omelette is a egg omelette made with onion and potatoes pan fried in olive oil. It is rather similar to the Italian Frittata but the latter does not include potatoes inside the omelette. Not to confuse with the Mexican Tortilla, a kind of flatbread which can be used for wrapping like tacos, enchiladas and quesadillas ;) 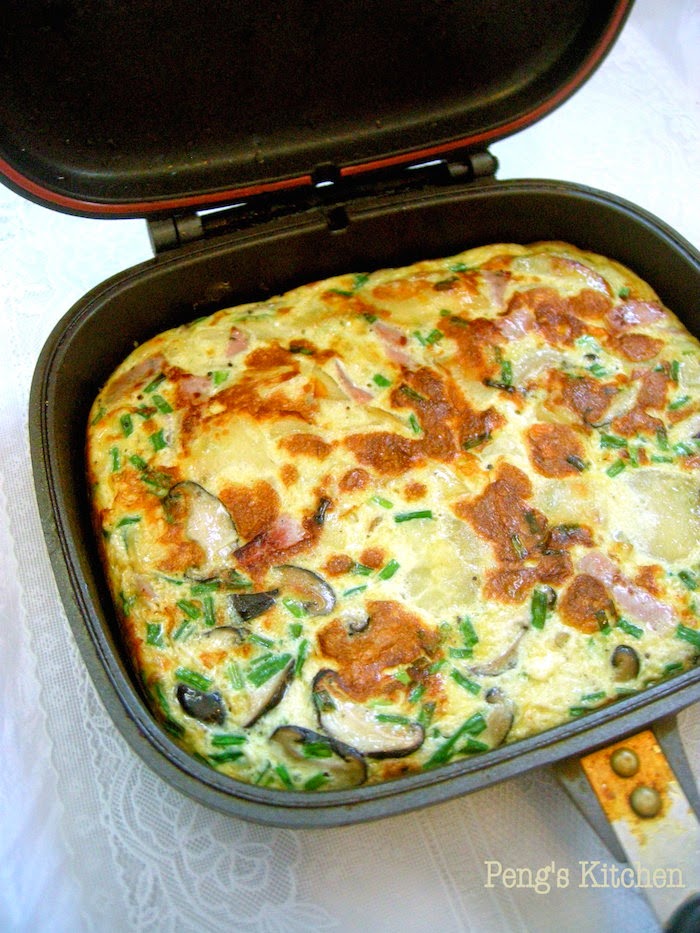 This Spanish Tortilla I've attempted aren't exactly the authentic version, though potatoes and eggs were still the core ingredients with minimal addition of ham, cheese, mushroom and spring onions :D 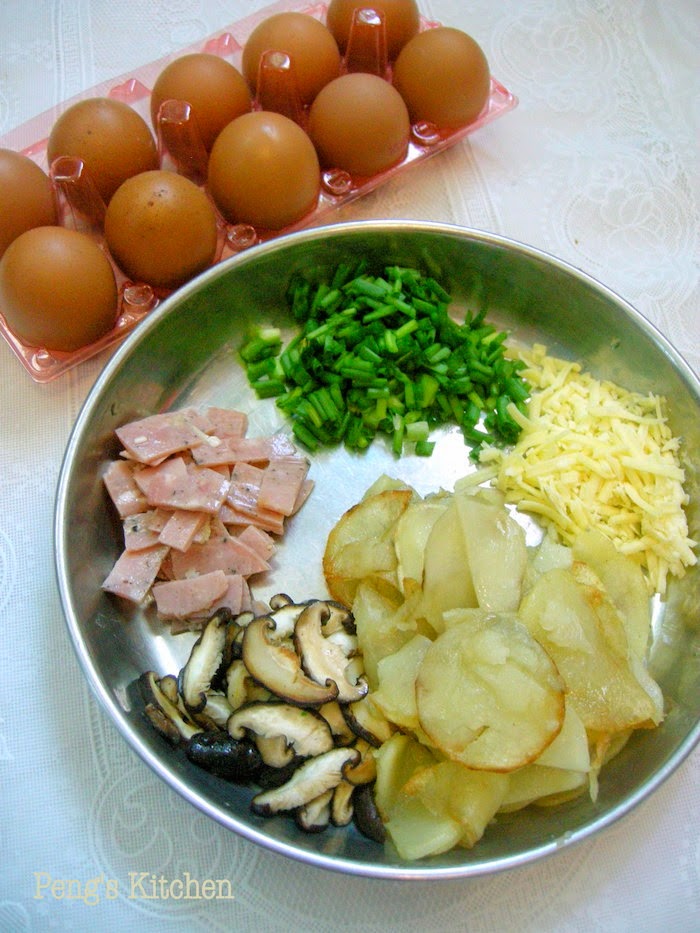 Sliced potatoes/mushroom were thinly sliced and pan fried before adding to the egg mixture. 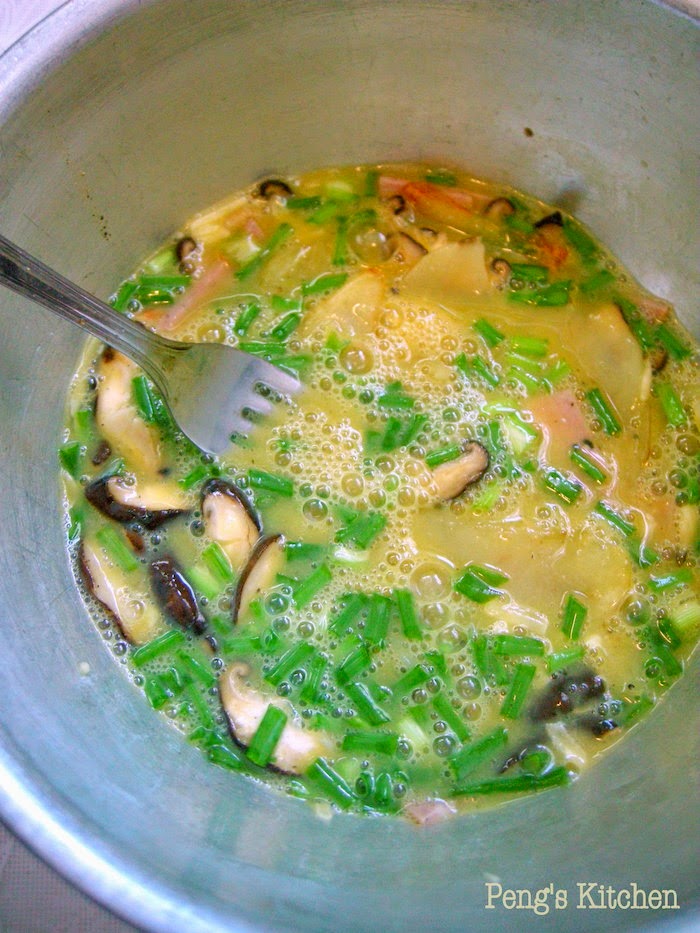 Happy Call Pan indeed comes in handy when making frittata and Spanish tortilla without the need of oven!! The 6 eggs tortilla recipe only filled up barely 1/2 of the HCP. I think it should be no problem if increase the egg portion to 10 eggs if desired :D The omelette puffed up tremendously during the cooking process but will deflate to its original state after cooling down, which is normal :D 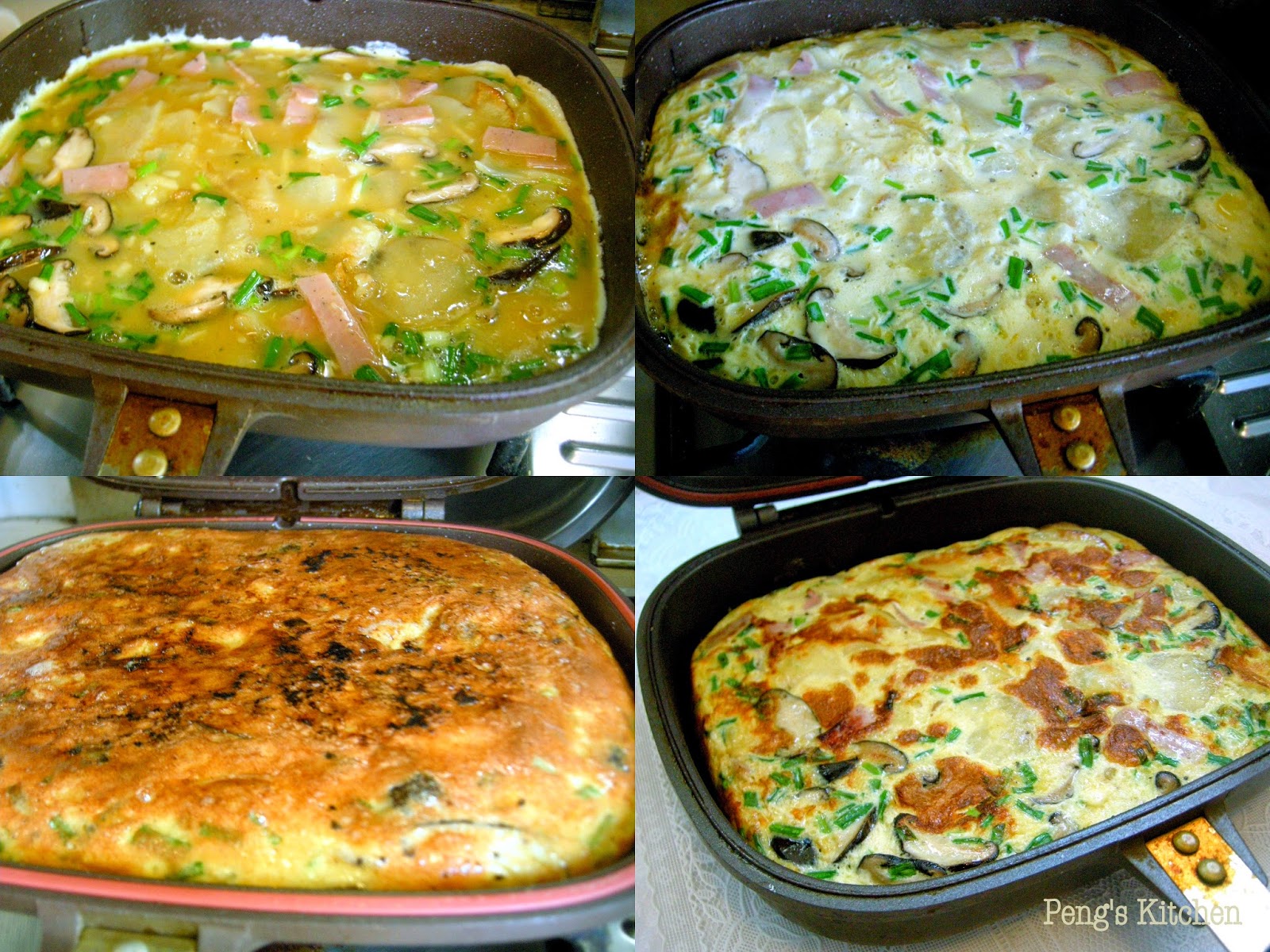 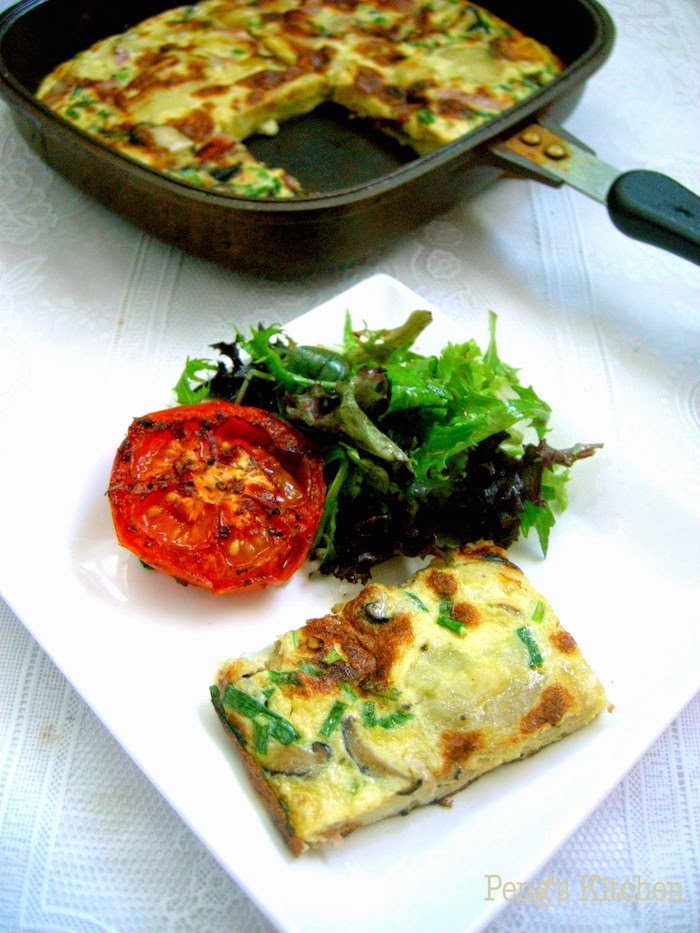 The Spanish tortilla turned out rather thin unlike the original version which is thick. Nevertheless this potato omelette tasted very very yummy which the kids do not mind having it for breakfast and even their snack time! 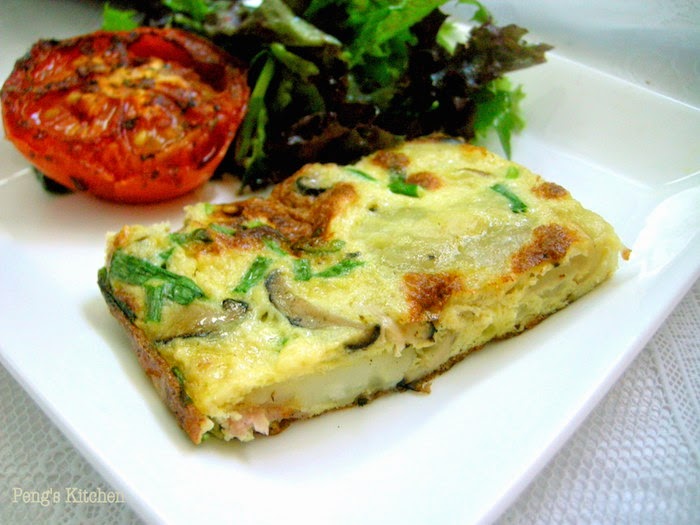 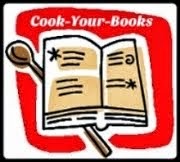 I am linking this post to Cook-Your-Books #12 hosted by Joyce of Kitchen Flavours
Posted by Peng at 9:41 AM

This is such a delicious meal. Eggs are always a favourite in my house, and this tortilla would be a "best seller" in my house too!
Thanks for sharing!