Let's have a break from my too exotic cooking this few day ^0^ This is a lovely dessert which is well received by everyone! Sweet fillings along with a buttery crisp topping and top with a huge dollop of vanilla ice-cream….WoW!!!! 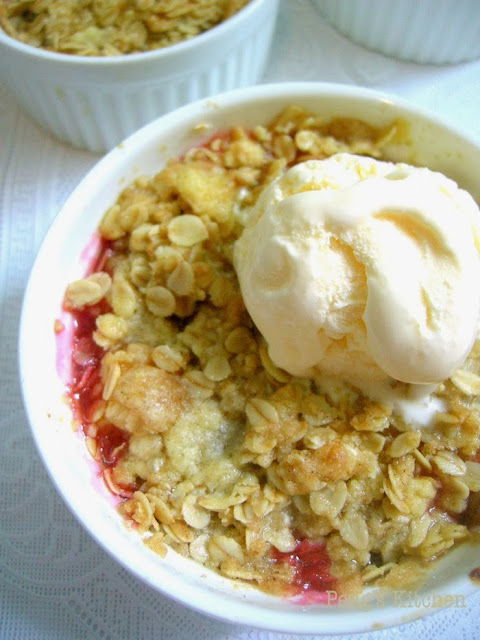 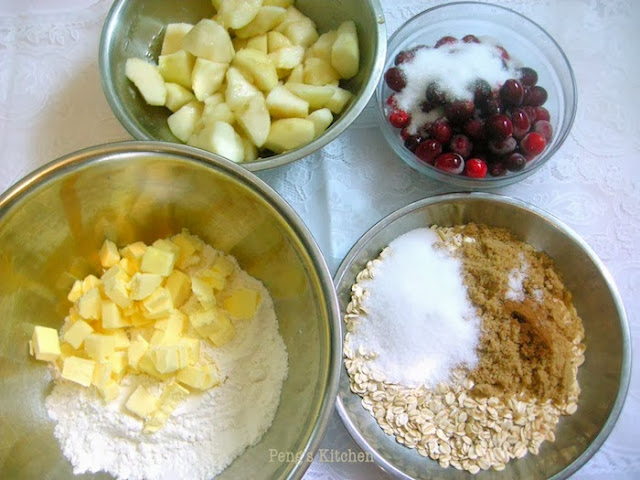 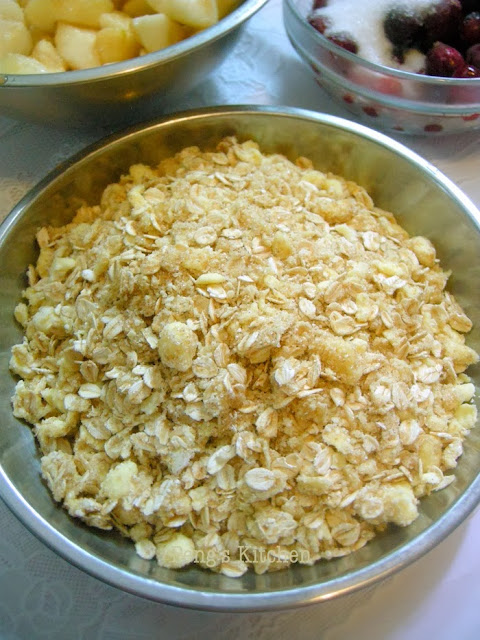 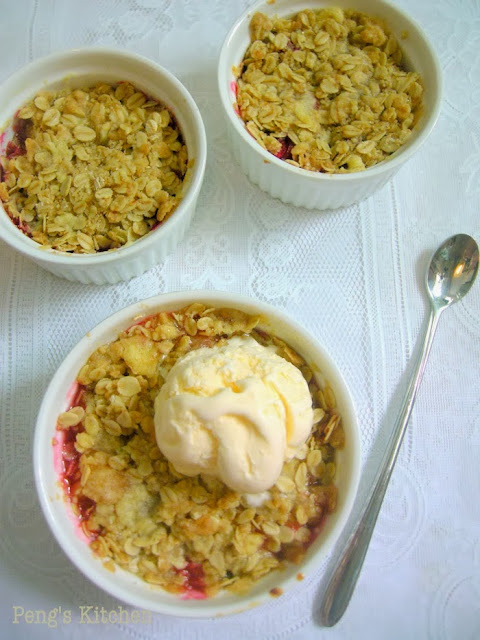 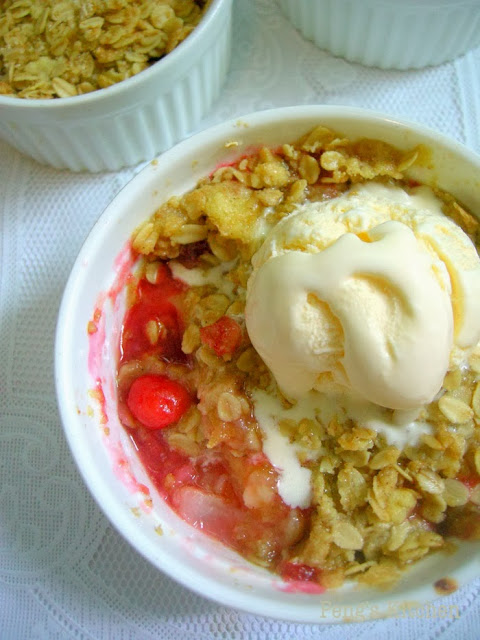