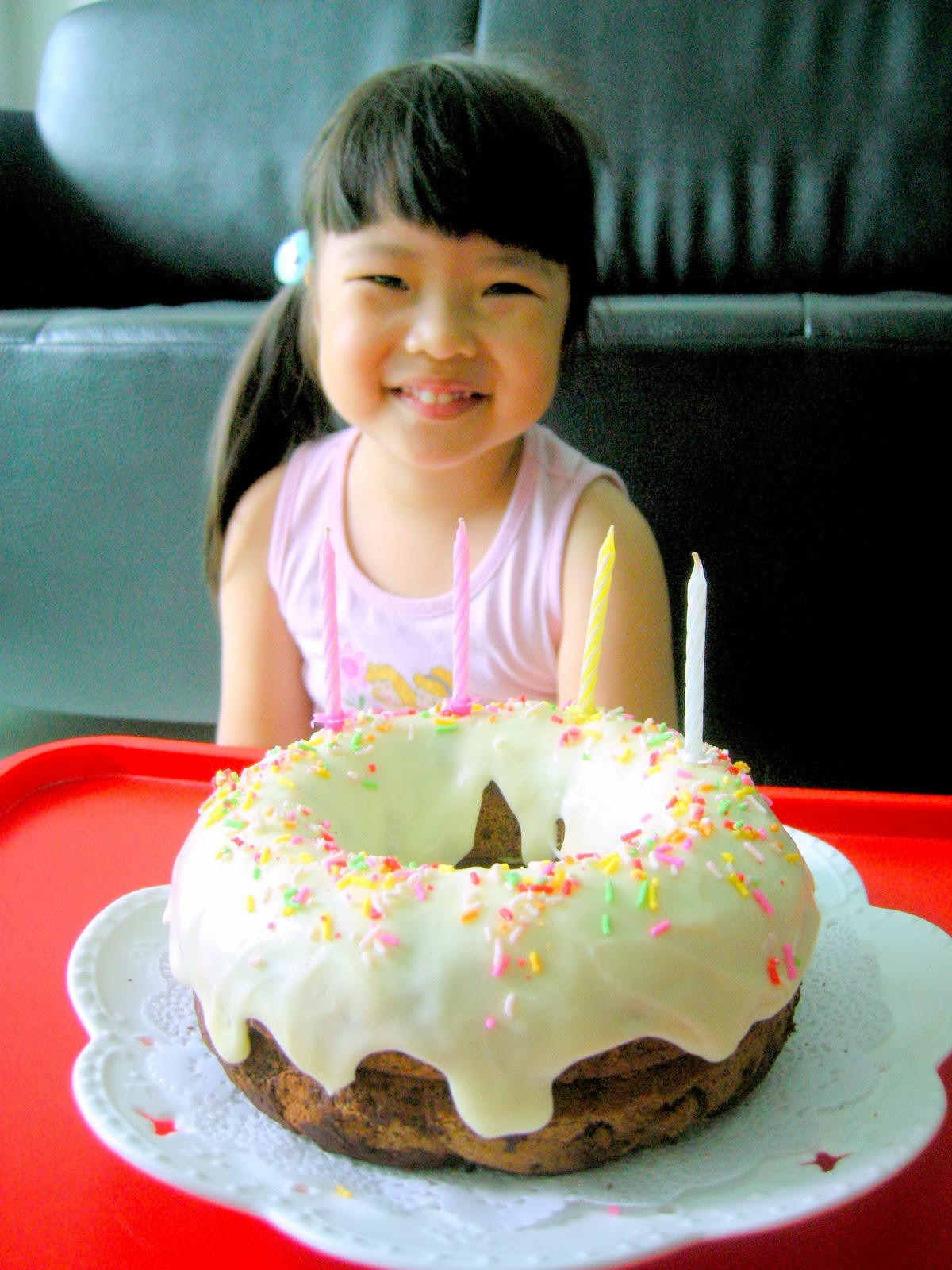 Helpful brother helping her to slice the cake ^0^ 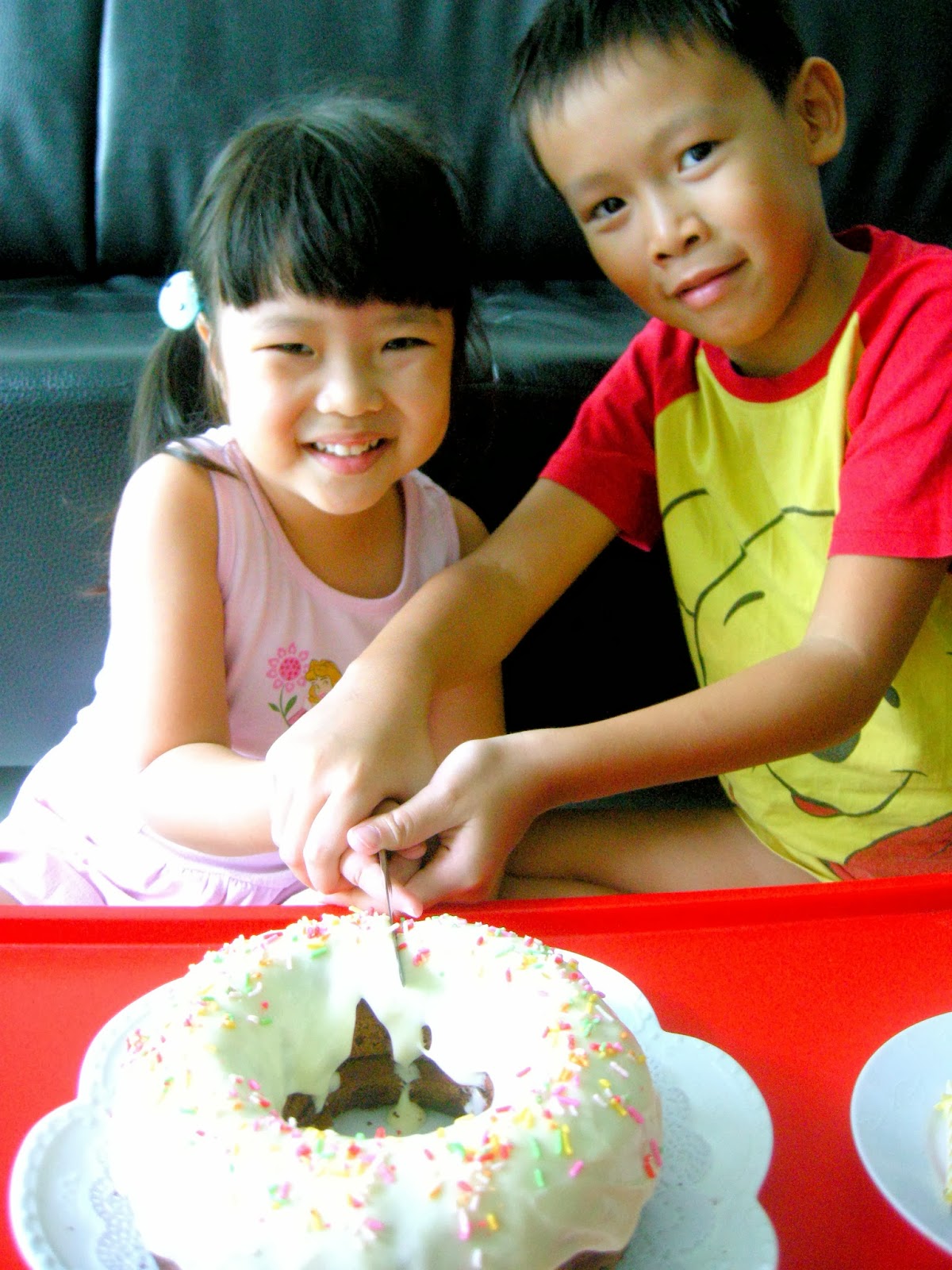 All kids love doughnut, don't they? But I seldom rarely indulged them in this rather unhealthy pastry :P One fine day I've just have this idea of baking a cake in doughnut shape and frost exactly like a doughnut! Thereafter I've started googling for further inspirations and discover a fantastic cream cheese frosting without adding butter and icing sugar! How good can that be! A healthier choice compare to the conventional cream cheese frosting which is loaded with butter and icing sugar :D 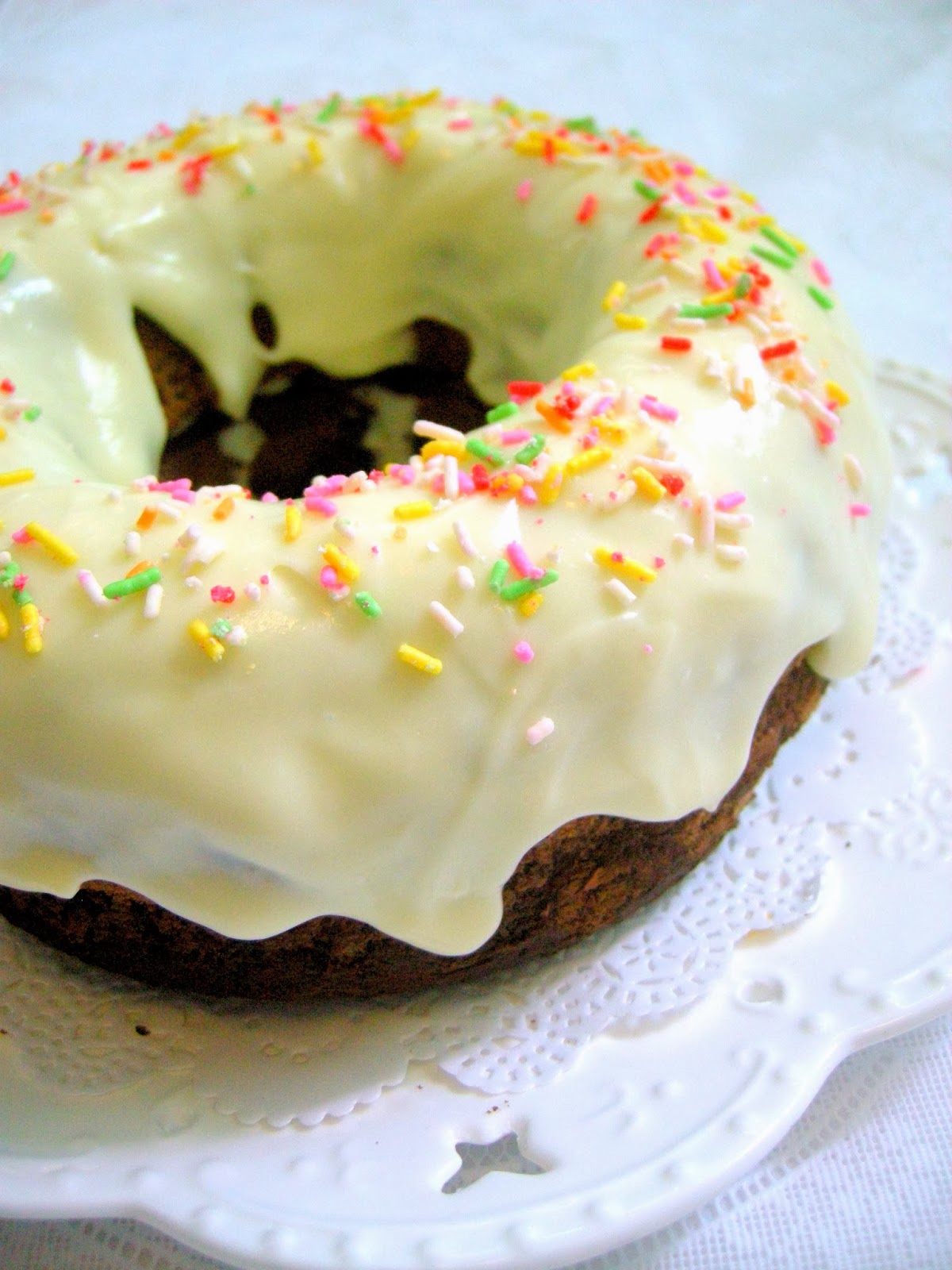 This is the 7" cake pan which I used to create this doughnut cake. As I've only have a single pan, I baked the batter in two batches. No washing the pan in between! I only used a kitchen bowl to clean of fthe crumbs after unmoulding the 1st cake. Follow then I greased and floured the pan again! 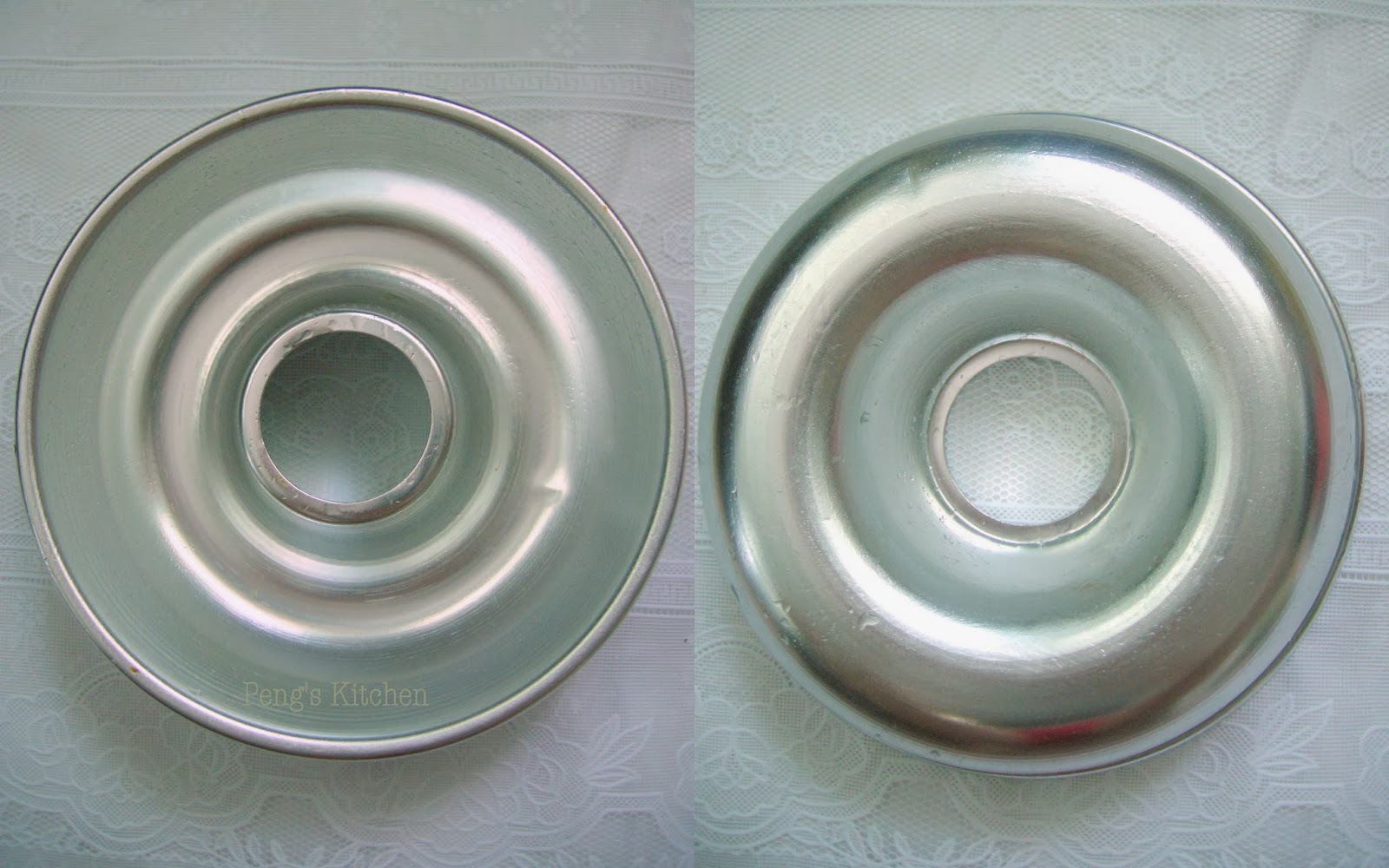 hehehe ignored the ugly appearance of the cake, it will be camouflaged by the frosting later ^0^ I've sandwiched the cake with some of the cream cheese frosting and berry jam. 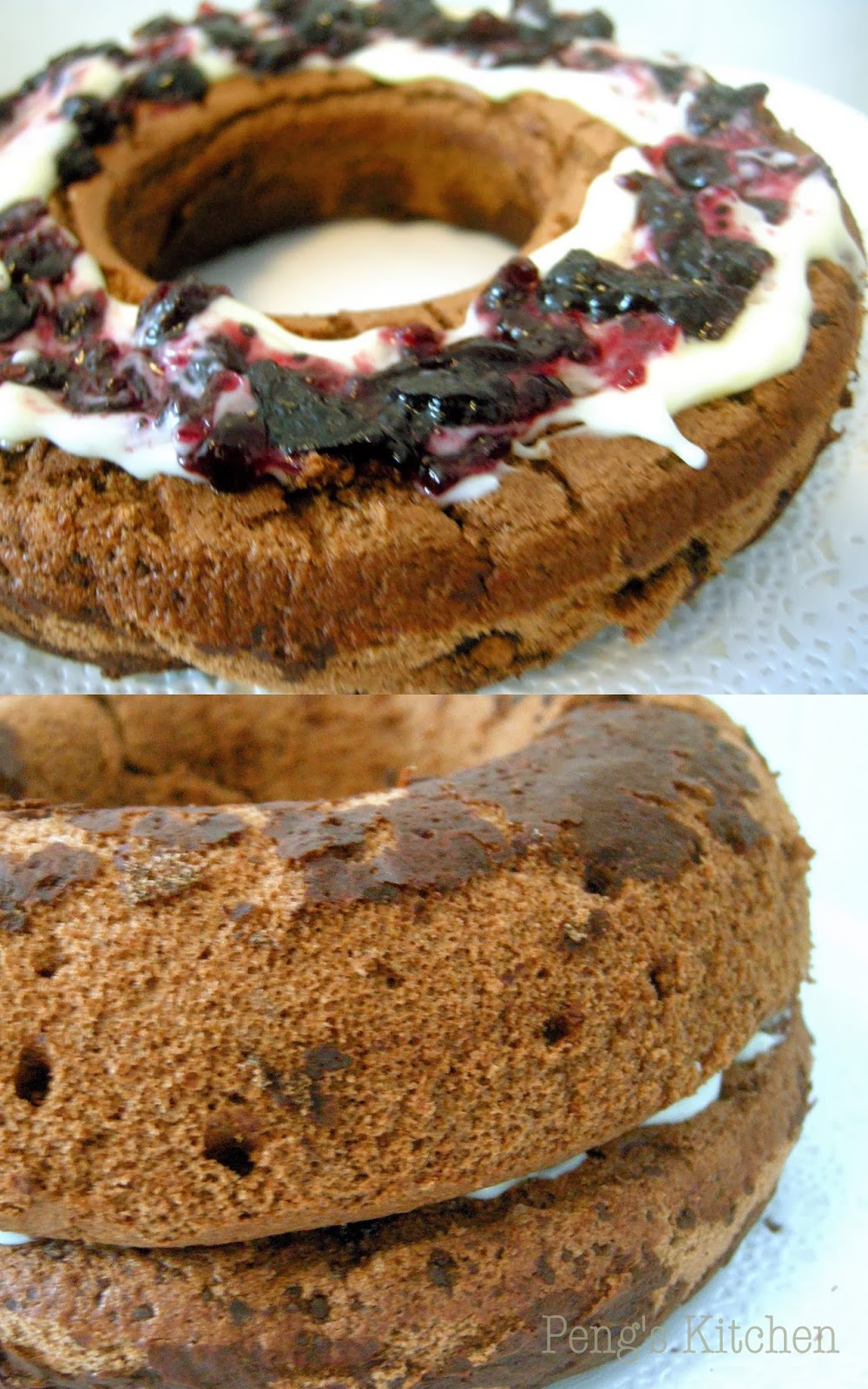 Slowly spoon the cream cheese frosting over the cake and sprinkle some confetti over... 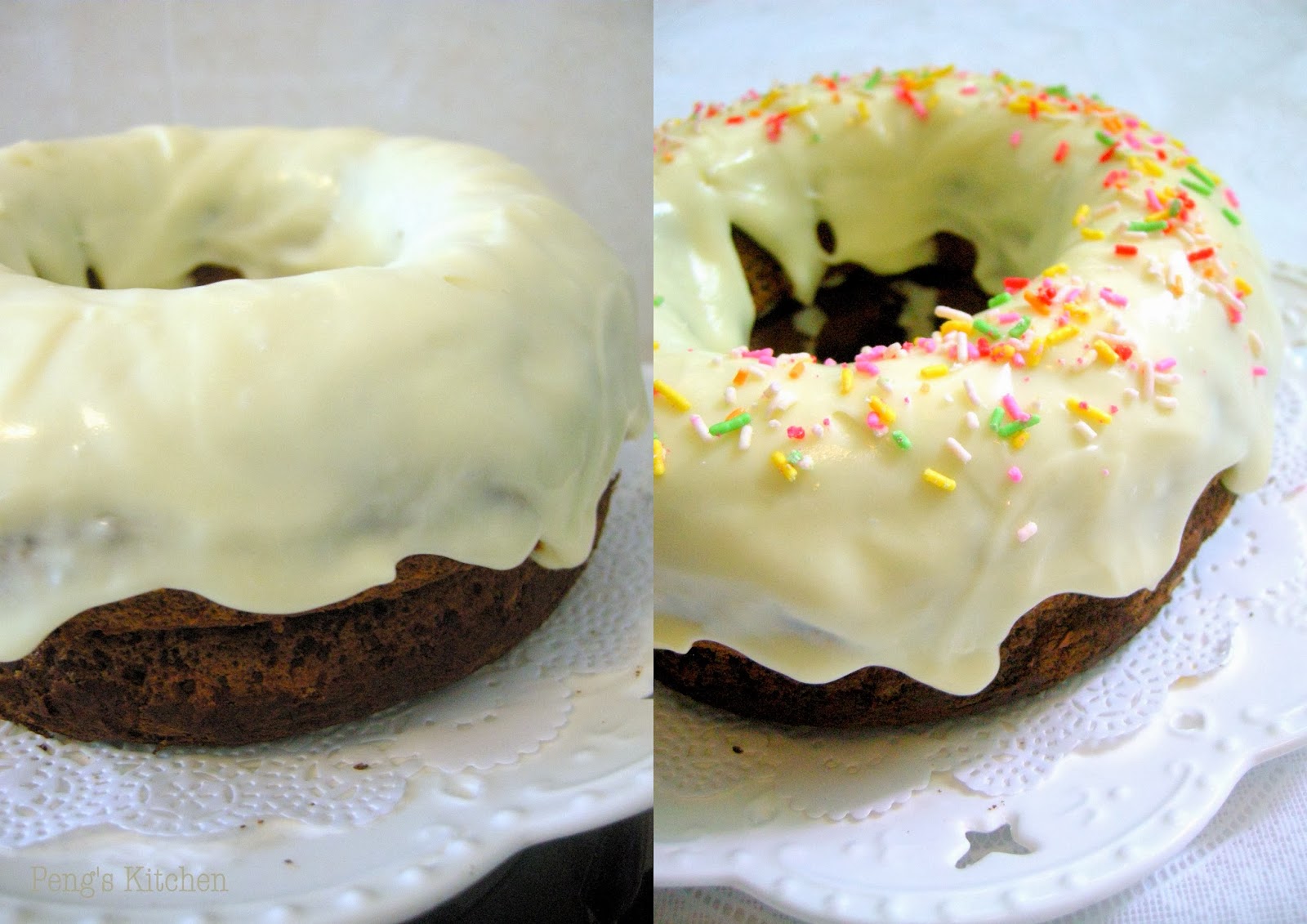 Tadah!….A doughnut cake is formed! Doesn't it looks like the real thing?! 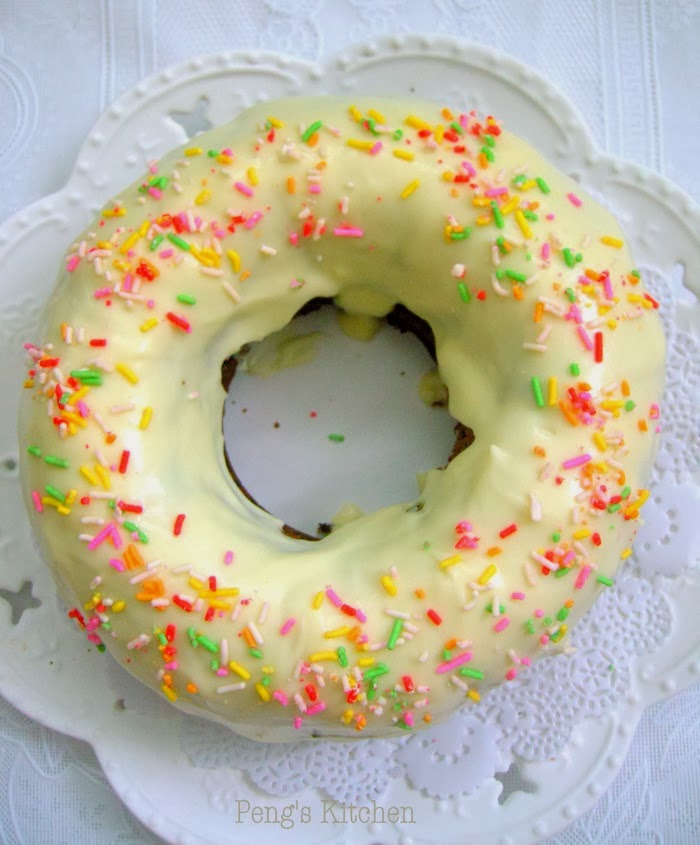 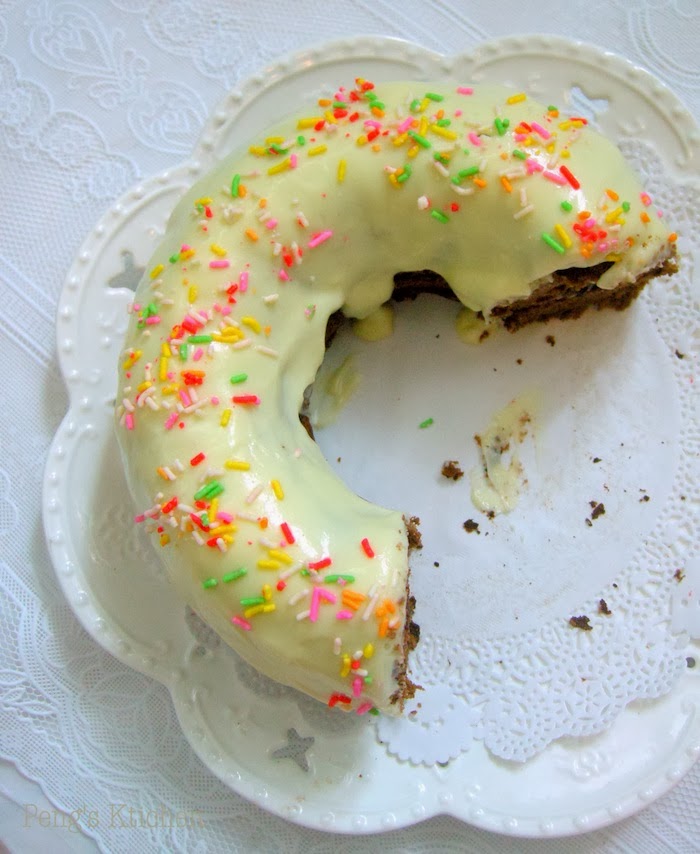 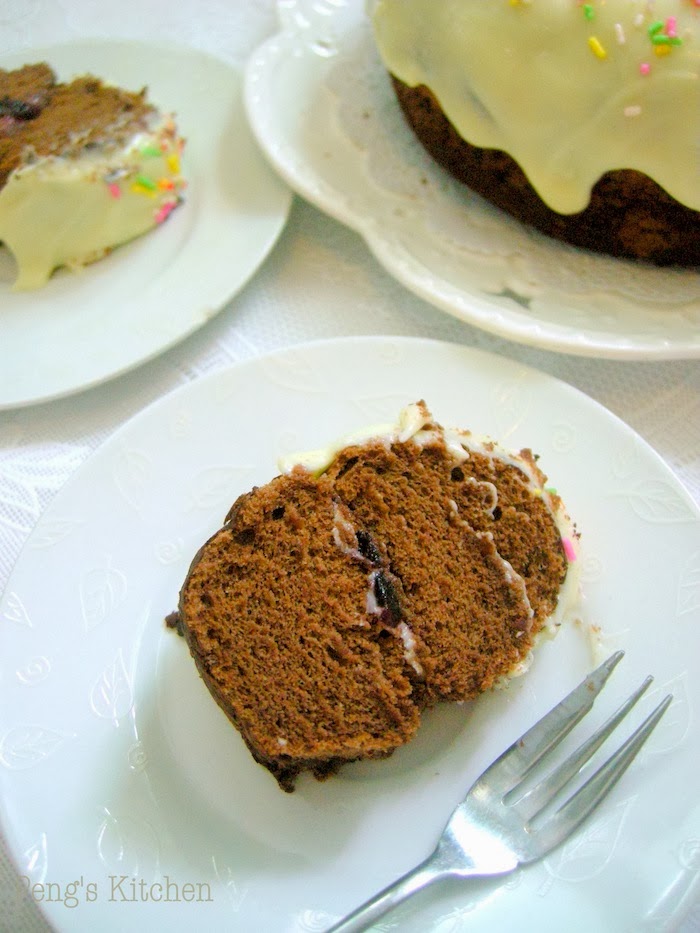 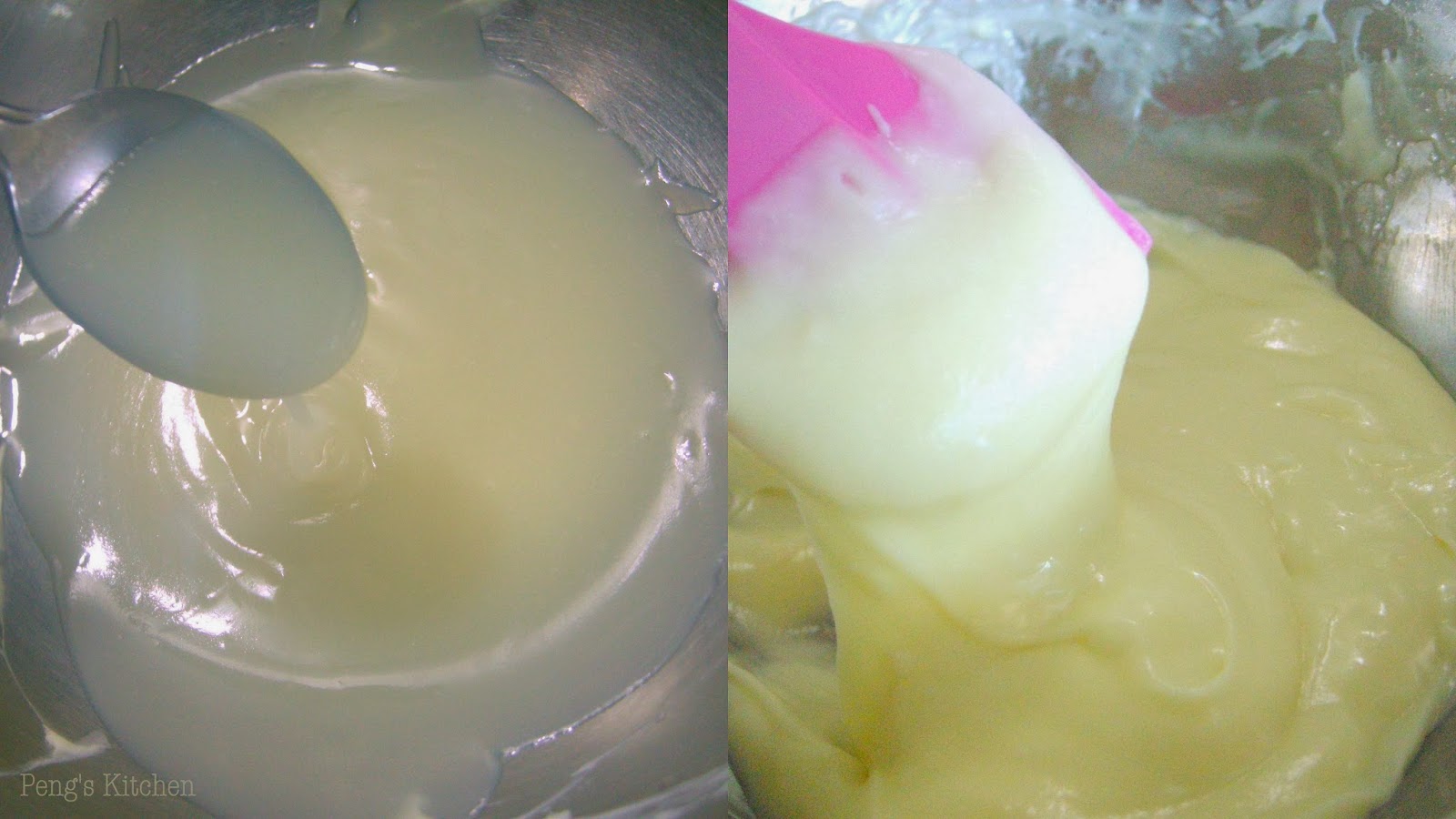 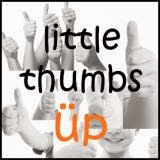 I am submitting this post to the the event, Little Thumbs Up organised by Zoe from Bake for Happy Kids and  Doreen from My Little Favourite DIY , hosted by lice from I Love.ICook.IBake

Your girl looks so happy! :)

Happy birthday to your girl. Love your big dughnut :)

That's a really fantastic birthday cake for a kid. Happy belated birthday to your daughter. :)

A cake made with so much love! Didn't know there's a cooked cream cheese frosting, looks really good and delicious!

Any birthday kids and adults would love this! You made it so special for your girl. She is so happy.

Happy belated to your girl :)
The giant doughnut really look impresive, and it must be really yummy ... somemore top with generous cream cheese frosting.

Happy Birthday to your girl!

it really looks like doughnut!
your girl looked so happy - happy blated bday to her :)
thks for linking this to LTU cheese