I'm attracted to the name of this crustless pizza when I first flip through the recipe book :D I wonder why it is called crustless though there is still a base hehehe. It is like a pancake base unlike the usual base made with bread. It is definitely much simpler and faster to whip up this particular crustless pizza! No kneading nor proofing time required and tasted just like pizza with the usual topping like ham, cheese, mushroom or anything topping you fancy!

To make it a more substantial meal, I prepared another soup from the same recipe book :D Oh Sunshine Soup....what a happy named dish ^0^ I never tried using bell peppers as a soup base and I was amazed by the taste as it tasted so sweet and refreshing! 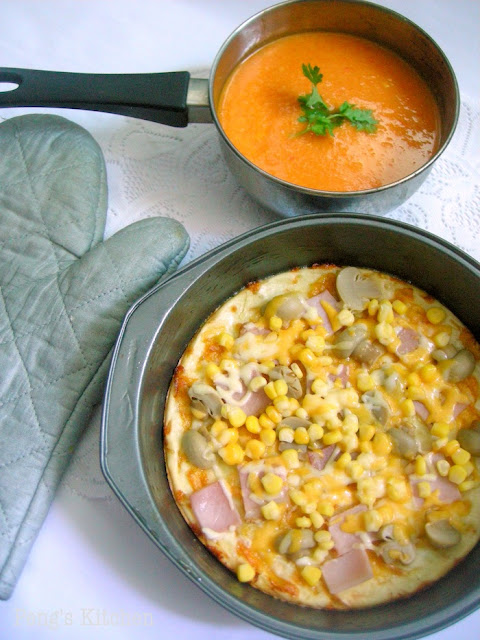 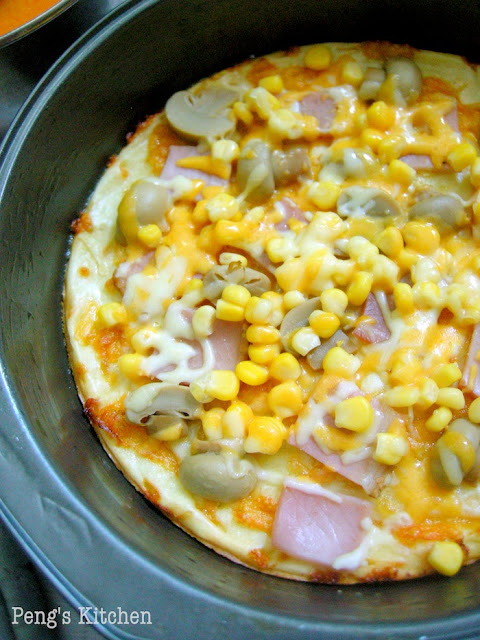 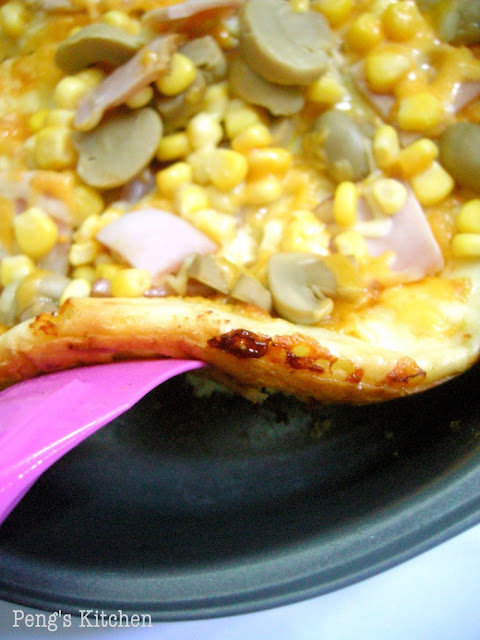 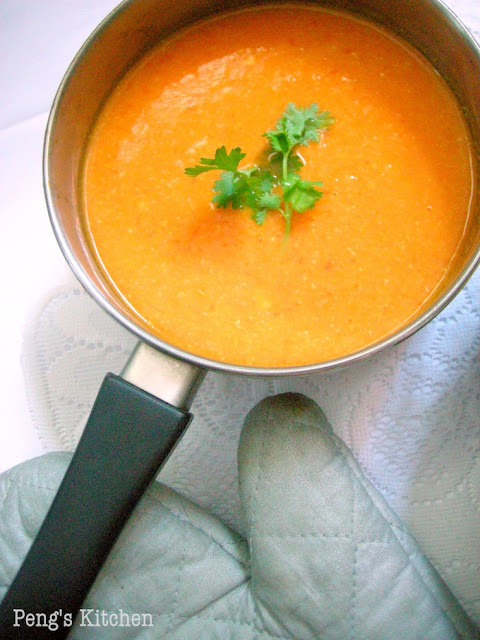 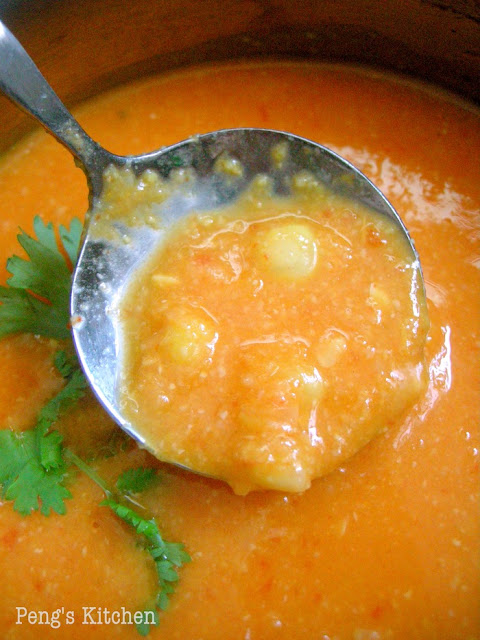 I'm sharing this recipe with Cook-Your-Books #4 hosted by Kitchen Flavours
Posted by Peng at 5:34 PM

Hi Peng,
Crustless pizza sounds good to me, it looks cheezy and delicious. If you need a really fast meal, this is just perfect!
And I love bell pepper, have not tried it in soup before.
Thanks for linking to CYB!