Though my first attempt on spiral yam mooncake was rather successful in terms of taste, I'm not really satisfied with the spiral appearance :P Therefore I attempted the recipe (all ingredients remains the same) again but using a different wrapping method! This time round the spiral appearance  turn out even more pretty! So happy with the results :D 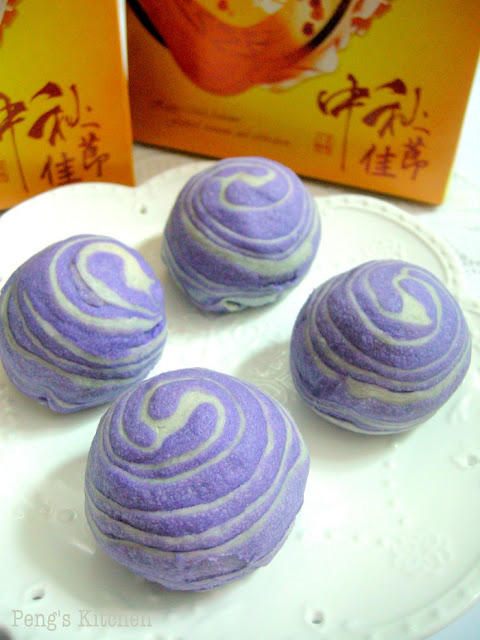 See the difference between the 2 mooncakes? I like the 2nd one as the spiral is more distinctive :D 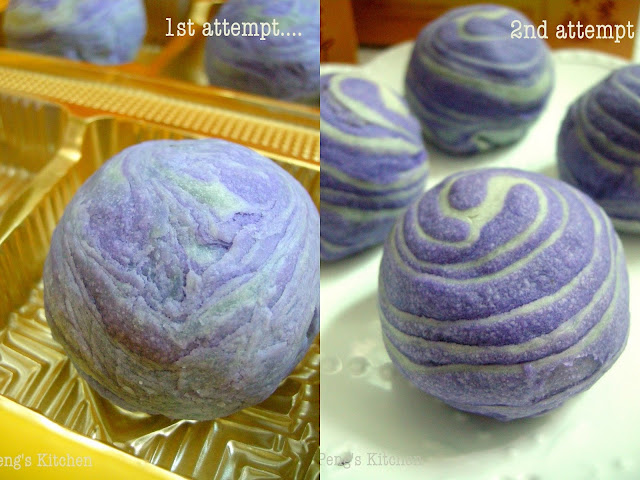 Pastry Dough (makes 12 mooncakes)
(A)
Water Dough
Dissolve sugar into warm water. Cut shortening into flour till bread crumbs formed. Pour in warm water and vinegar gradually and stirring at the same time. Knead till a smooth dough is formed. Cover and rest for 30mins.


(B)
Oil Dough
Bake plain flour in preheated oven at 130 deg cel for 10mins. Stirring once in between the baking time. Cool down completely before kneading in shortening. While a dough is formed, incorporate in the  colour paste evenly. 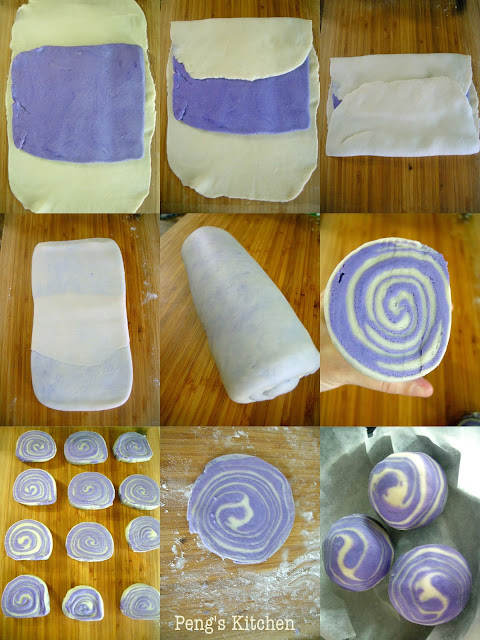 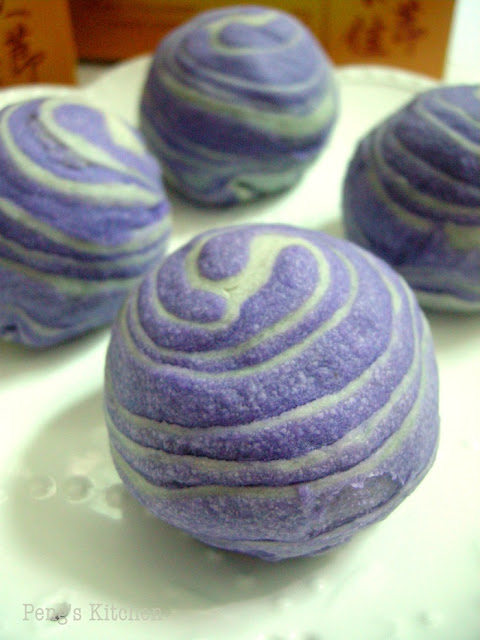 what distinguishable colours and layers!

Your spiral mooncake looks perfect! You did a superb job!
Kudos to you for perfecting it! :)

Both looks good and delicious to me! No time to make anymore mooncakes this year... :( Will keep your recipe for next year to try!

Your spiral mooncakes looks really pretty! I will try making this next year:)