A common recipe shared among fellow bloggers! I tweaked the recipe slightly by using self-raising flour instead of plain flour. As I'm lazy to extract 2 tsp of lemon juice, so I replaced with 1 tsp of apple cider vinegar instead! 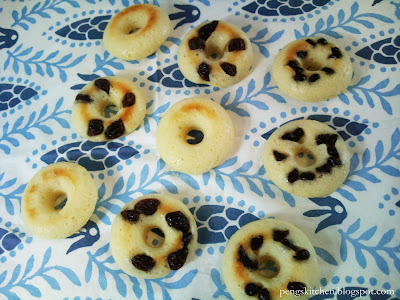 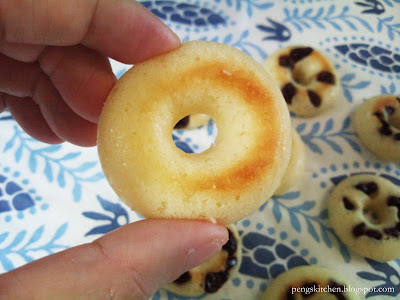 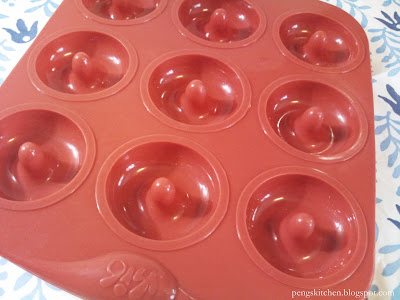 extra batter filled into a hello kitty silicon mould...always could not brown the cakes evenly when using siliconware, but in this case, I'm glad the kitty face is not 'blackened' ^-^ 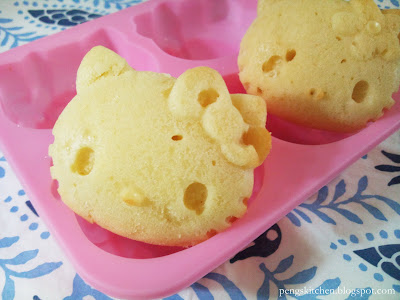 Hi Peng, the donuts look gd. I tried once but failure :(

Jess...oh u know what's the reason for the failure?