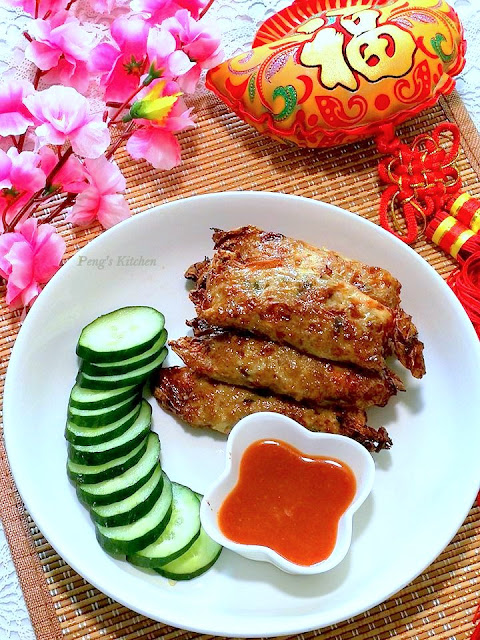 Its been decades (seriously!!) I D.I.Y Ngoh Hiang i.e.. Five Spice Meat Rolls! When I was a teenager, my late mum would always get me to help her with the mixing and wrapping of meat rolls near the Chinese Lunar New Year period. So missed the taste of my mother's Ngoh Hiang. My food taster given thumbs up for my Ngoh Hiang and commented it tasted nostalgia! Guess I should make this more often in the future. ^0^ 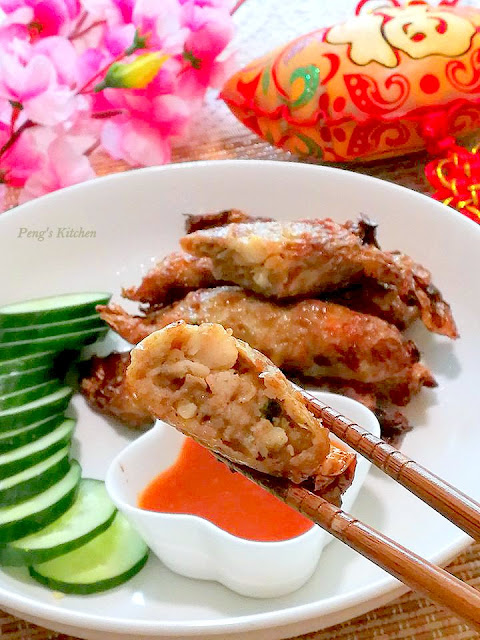 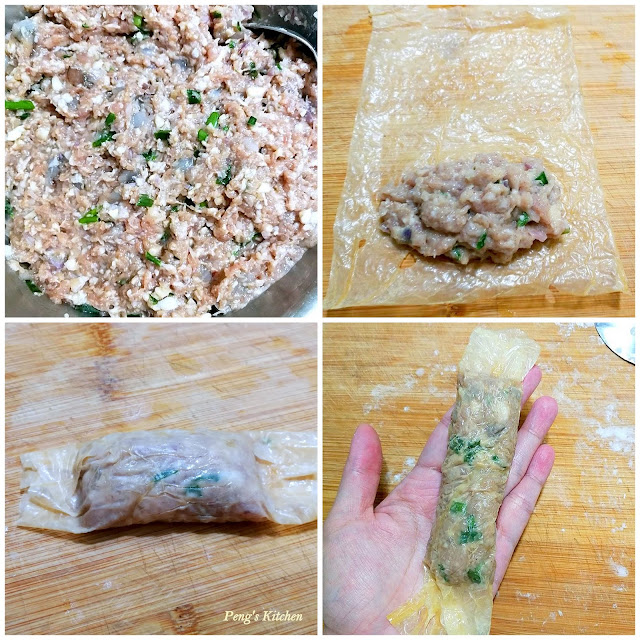 Short fatty one contained no prawns but added with fish paste, whereas the slender one with the usual minced pork and prawn. (Below pic) After steaming, cooled and ready to pack into freezer if not consume immediately. 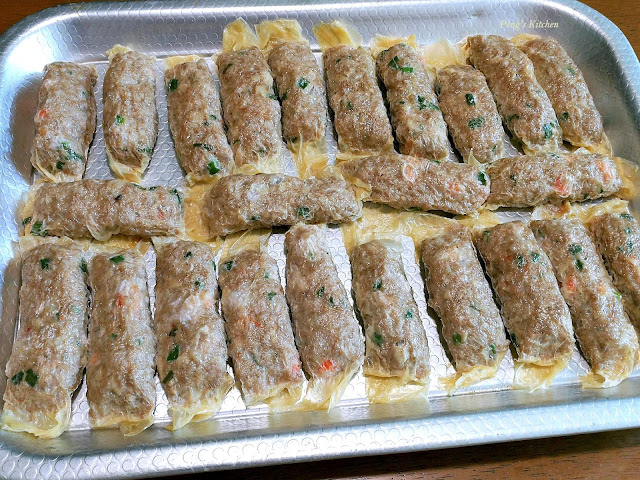 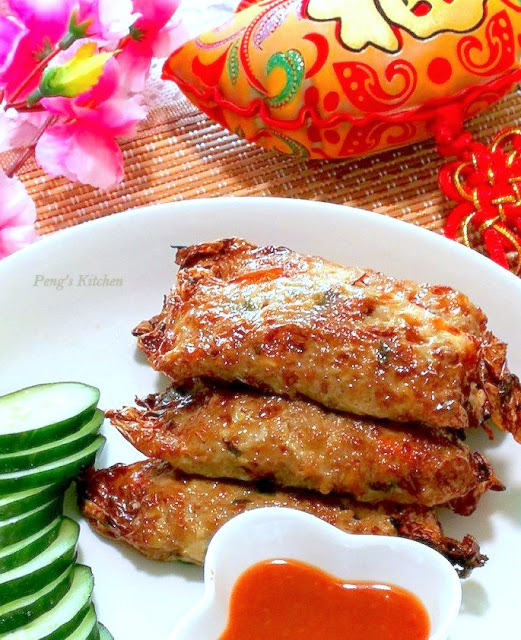