Finally I'm back to join this Bake Along event after resting for a long time! I've several delicious baked chicken recipes in my blog draft box, hopefully I've enough energy and time to share with you all :) 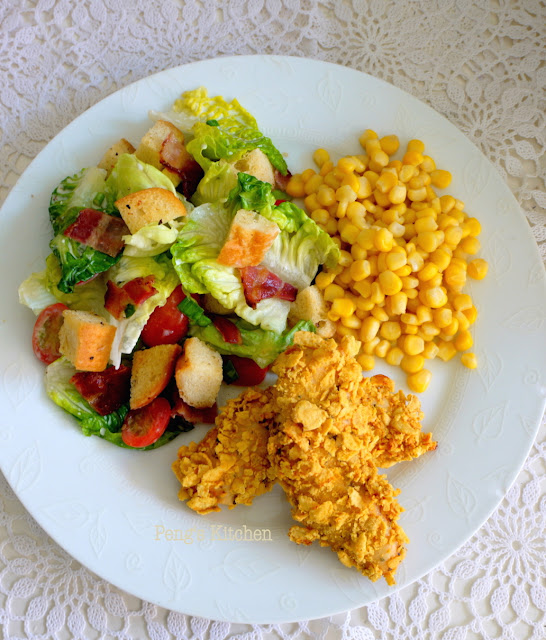 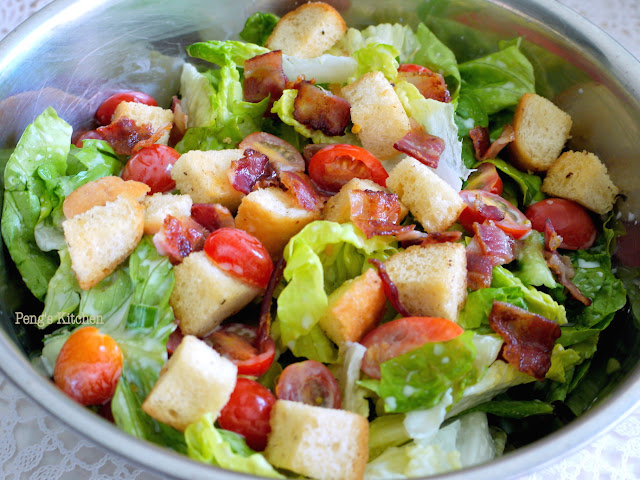 First time using cornflakes to coat the chicken pieces, it does give some crunch but loses its crisp after cool down. So they are best serve immediately after baking! 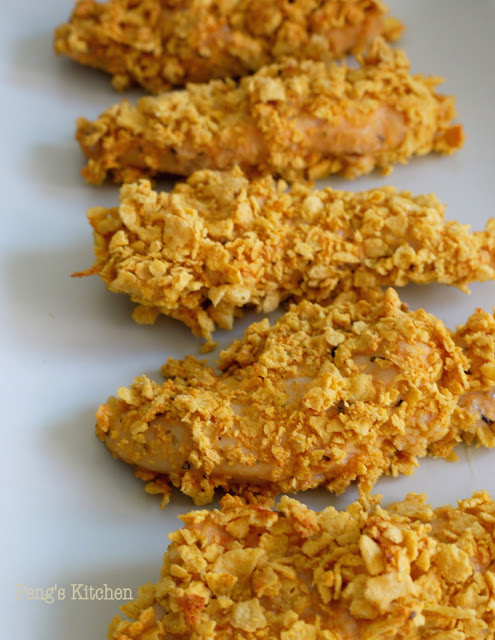 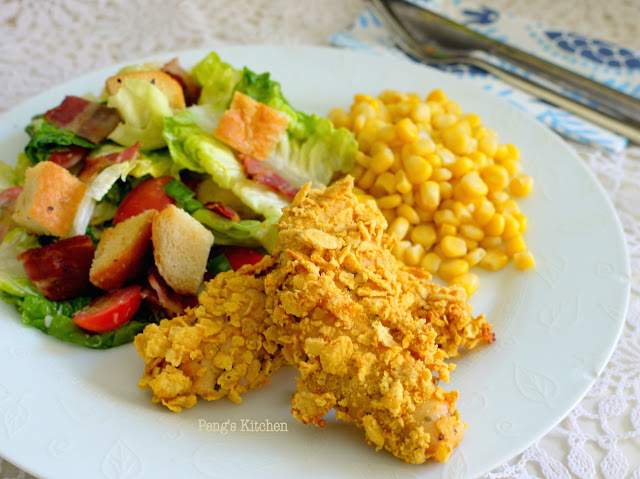 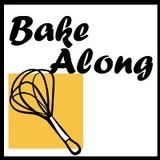 Bake Along Event #93 with the theme: Bake/Roast Chicken with  Joyce, Zoe and Lena.

good morning peng! i am bit curious with the taste of buttermilk in chicken...but they do look very crunchy. thx for sharing peng! hopefully you can post more to join in for bake along roast chicken theme :)

I have also used cornflakes to bake my chicken too and you are right that they have to be served immediately :)

Hi Peng,
That is one delicious looking meal! The salad looks really good, I could eat a plateful of it as a meal! Your cornflake crusted chicken looks delicious!
Thank you for baking along with us!