This is a recipe shared by my baking fren :D the texture is light and fluffy and I like the buttery taste. As I do not want the whole batch to have the same taste, I divide the batter into 2 portions and added different fillings to it! The recipe called for sour cream or milk to be added. As I yet to try out using sour cream in cakes, I decided to try using sour cream instead of milk. As usual I also reduce the sugar* content in the recipe. After 3 days leaving in air-tight container in room temperature, the cupcakes still taste as good as fresh bake！ 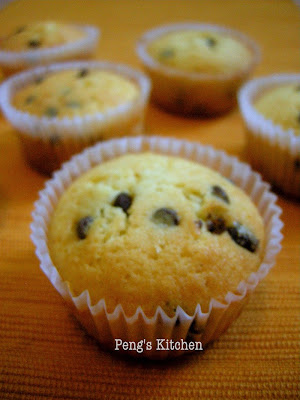 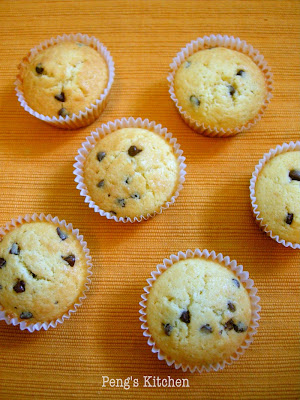 sorry for the questions, v raw to this so not sure what the baking terms mean. thanks!

I use a electric handwhisk to cream the butter and sugar follow then beat in the beaten eggs gradually...

Hi Peng! May I know where you bought ur cupcake/muffin liner? I cant find nice ones.. Mine is so weird, everytime it doesnt stick to the cupcake/muffin. Very annoying and ugly.

Angie...this is normal paper liner i bought from phoon huat. Avoid using waxed cupcases as the cake will pull away from it after baking.

Indeed is light and fluffy. Thanks for sharing