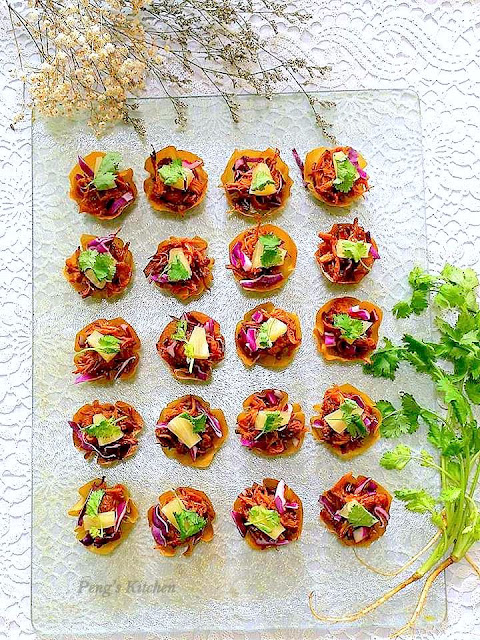 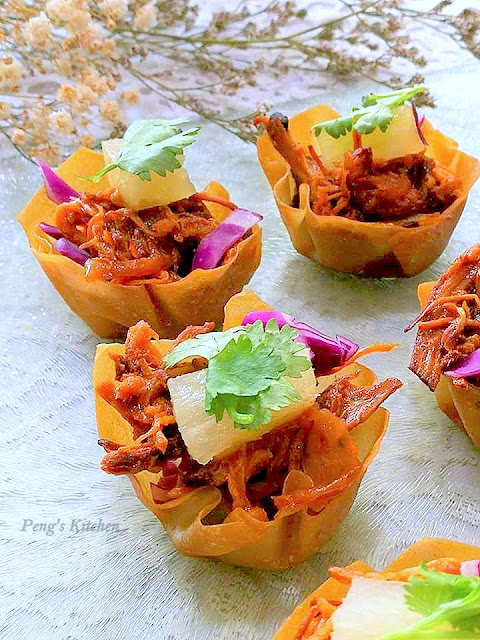 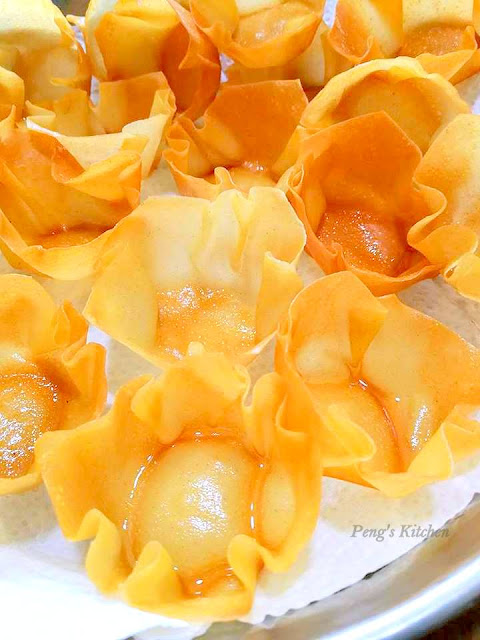 To assemble the wonton cups : Preheat oven to 180 deg cel. Trim of 4 corners of wonton wrappers to form an octagon. Lightly brush some oil on both side of wonton wrapper. Place the wrapper into small muffin cups to form a cup shape. Bake in oven for 8-10 mins until crisp and brown. Remove baked wonton cups. Spoon some chopped purple cabbage into each wonton cups, top with sweet and sour pulled chicken. Garnish with diced pineapples and coriander. Serve immediately. 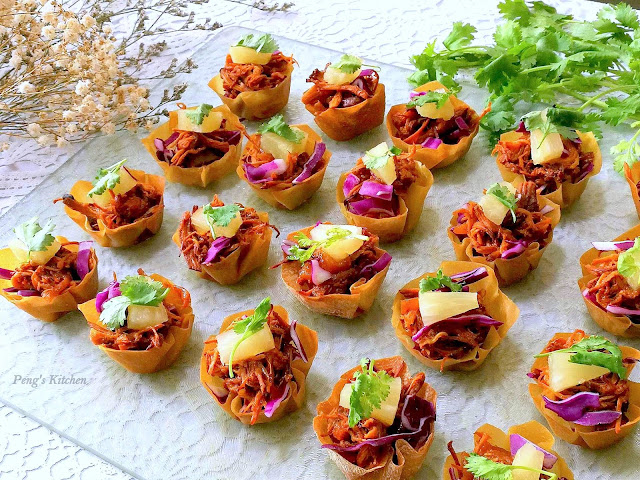