I did this batch of bread few days ago just to clear the balance cream cheese after baking the Japanese Cheesecake :) This is my boy's favourite! Whenever he wants bread, he will definitely request for the cream cheese bun! :) I started preparing and kneading the bread at 8pm. By the time the buns were ready to send into oven at 10.30pm, my kids were already in their lalaland :)

What can be worst to see a tray of bread bursting and fillings all over the baking sheet?! Luckily mine did not encounter such disastrous :) I was making sure that the fillings did not smear at the edge and then pinched it tight to seal it. Chilling the fillings before hand does help to firm it up for shaping :)

After the buns were baked, I could not wait to savour one when it has cooled down! Ahhhhh freshly baked buns at 11pm + hahahaha.....Do not ask me how is it comparable to the infamous Barcook Cranberry Cheese Bread as I yet to taste theirs! But mine is as good as those neighbourhood bread shop, if not better!! Dear son even mistaken I bought them. When I told him I baked one he was so impressed!! '妈妈你好厉害!!' Lol 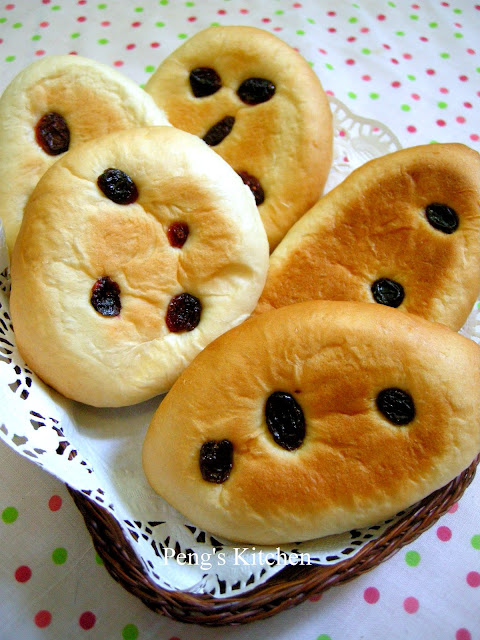 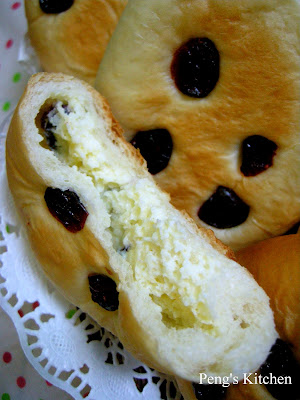 Note : I divided the dough into 60gm each and wrap with 30gm cream cheese fillings each, yield 6 buns. Remaining 3 doughs I wrapped it with 1 tbsp custard each. 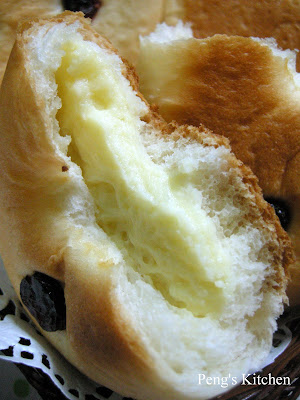 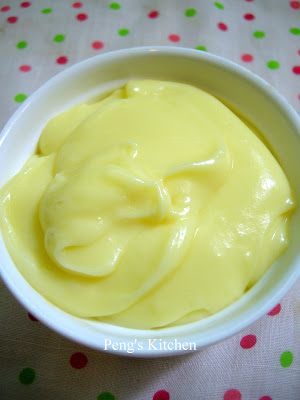 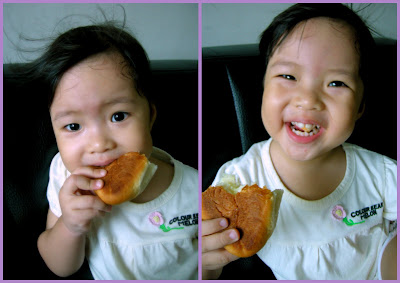 This looks very yummy! Your kid's happy look while eating the bread is so endearing - warms every mother's heart :)

Hi, May I know if it's possible to replace shortening with butter instead (increase to 20gm butter) ?

Hi Peng, i hv bn your silent reader for a while. I hv bn looking for a cream cheese bread after tasting It from the famous bakery ;) thanks for sharing. Like to ask if the bread will still be soft the next day ?

Jaques..thanks for visiting my blog :) , yes the bread does remains soft the following day.